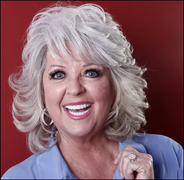 NEW YORK (AP) — Paula Deen was dropped by Wal-Mart and her name was stripped from four buffet restaurants on Wednesday, hours after she went on television and tearfully defended herself amid the mounting fallout over her admission of using a racial slur.

The story has become both a day-by-day struggle by a successful businesswoman to keep her career afloat and an object lesson on the level of tolerance and forgiveness in society for being caught making an insensitive remark.

Wal-Mart Stores Inc. said Wednesday that it ended its relationship with Deen and will not place "any new orders beyond what's already committed."

Caesars Entertainment Corp. said it had been "mutually decided" with Deen to remove her name from its restaurants in Joliet, Ill.; Tunica, Miss.; Cherokee, N.C.; and Elizabeth, Ind.

At the same time, Deen's representatives released letters of support from nine companies that do business with the chef and promised to continue. There's evidence that a backlash is growing against the Food Network, which tersely announced last Friday that it was cutting ties with one of its stars.

The Rev. Jesse Jackson said Deen had called him and he agreed to help her, saying she shouldn't become a sacrificial lamb over the issue of racial intolerance.

"What she did was wrong, but she can change," Jackson said.

During a deposition in a discrimination lawsuit filed by an ex-employee, the chef, who specializes in Southern comfort food, admitted to using the N-word in the past. The lawsuit also accuses Deen of using the slur when planning her brother's 2007 wedding, saying she wanted black servers in white coats, shorts and bow ties for a "Southern plantation-style wedding."

Deen said she didn't recall using the word "plantation" and denied using the N-word to describe waiters. She said she quickly dismissed the idea of having all black servers.

Deen told Matt Lauer on "Today" on Wednesday that she could only recall using the N-word once. She said she remembered using it when retelling a story about when she was held at gunpoint by a robber who was black while working as a bank teller in the 1980s in Georgia.

In the deposition, she also said she may also have used the slur when recalling conversations between black employees at her restaurants. Asked in the deposition if she had used the word more than once, she said, "I'm sure I have, but it's been a very long time."

Her "Today" show appearance was a do-over from last Friday, when Deen didn't show up for a promised and promoted interview. Deen told Lauer she had been overwhelmed last week. She said she was heartbroken by the controversy and she wasn't a racist.

"I've had to hold friends in my arms while they've sobbed because they know what's been said about me is not true and I'm having to comfort them," she said.

Looking distressed and with her voice breaking, Deen said if there was someone in the audience who had never said something they wished they could take back, "please pick up that stone and throw it as hard at my head so it kills me. I want to meet you. I want to meet you." It's an apparent reference to the Biblical passage about whether a woman guilty of adultery should be stoned: "Let him who is without sin among you be the first to throw a stone at her."

"I is what I is and I'm not changing," Deen said. "There's someone evil out there that saw what I worked for and wanted it."

An uncomfortable Lauer tried to end the interview, but Deen repeated that anyone who hasn't sinned should attack her.

Asked by Lauer whether she had any doubt that blacks consider use of the N-word offensive, Deen said: "I don't know, Matt. I have asked myself that so many times, because it is so distressing to go into my kitchen and hear" what some young people are telling each other.

Deen said she appreciated fans who have expressed anger at the Food Network for dropping her, but said she didn't support a boycott of the network. Through social media, the network has been attacked by people who said executives there acted in haste to get rid of Deen.

Save for the brief announcement late Friday that it wasn't renewing Deen's contract, Food Network executives have refused to discuss the case publicly, or say whether the network plans to address Deen's fans. There have been online reports that the Food Network removed Deen's programs from the air as early as Saturday; the network wouldn't speak about what it has or hasn't put on the air.

Starting last weekend, there has been a steady erosion of support for the network. The YouGov Brandindex, a measurement of how consumers perceive a particular company or product, said the Food Network's score — which had been generally positive — had dropped by 82 percent in a week. The network has a negative image in the South and West, spokesman Drew Kerr said.

Meanwhile, liberal HBO host Bill Maher also said Deen shouldn't lose her show. "It's a wrong word, she's wrong to use it," he said. "But do we really have to make people go away?"

The Food Channel, a food marketing agency based in Springfield, Mo., said it has been flooded with angry messages from people mistaking the company for the Food Network. There have been so many that the agency posted a message to Deen on its website that it would be happy to work with her if possible.

Among the companies expressing support for her via her representatives was Club Marketing Services in Bentonville, Ark., which helps companies sell products at Wal-Mart, and Epicurean Butter.