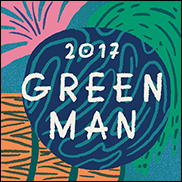 POWYS, Wales (CelebrityAccess) — Police arrested a man at Green Man festival after he allegedly went on a crime spree at the sold out event.

According to the BBC, Police said 20 tents had been robbed in 24 hour span at the festival, which is held on the Glanusk Estate in Crickhowell.

Police told the BBC that the man was in custody and will face charges over the thefts.

The festival was headlined by American artists Future Islands, The Shins, and Ryan Adams as well as homegrown favorite PJ Harvey.