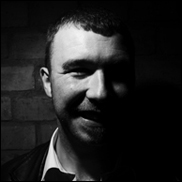 BERLIN (CelebrityAccess) — UK dubstep producer Shackleton has been forced to cancel a spate of tourdates in the U.S. after being denied a visa by the United States Citizenship and Immigration Services.

The Berlin-based Shackleton had been set to perform shows at Detroit, Los Angeles, New York, San Francisco and Boston.

While he didn't explicitly explain the reason for his denial, Shackleton wrote in a statement that:

"Suffice to say that despite having all the necessary documentation in place long before any authority deemed it worthy to take any notice and despite our general willingness to jump through ever increasing bureaucratic hoops and our readiness to throw ridiculous amounts of money at the sham process to ensure its successful outcome, the authorities have been kind enough to let us know just a couple of days ago that the whole thing has been a waste of time and effort due to some spurious claim of certain criteria not being met."

"I can only express how disappointed I am on behalf of all the people who have made efforts on my behalf," he says. "Please be assured that Surefire Agency and myself have made every effort to make a successful application and that we are really disappointed not only for ourselves but also, and even more so, for the promoters who have planned events for me and for the people who had possibly been planning to attend the shows," Shackleton added.

Shackleton's music has sometimes verged into the political, including songs that reference the 9/11 attacks and Palestinian political movement Hamas. – Staff Writers