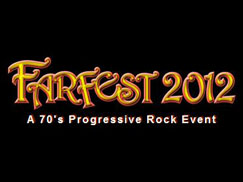 WILLMINGTON, DE (CelebrityAccess MediaWire) — The 4-day international progressive rock festival Farfest is set to take place at the Grand Opera House in Wilmington, Delaware from 4th – 7th, with a lineup of some of the leading progressive rock artists from around the world.

Progressive rock developed in the 1970s, largely on the strength of supergroups such as Yes, Genesis, and Emerson, Lake & Palmer who were known for their long, complex compositions, technical mastery of their instruments and elaborate live performances.

While the heydey of the genre was in the 1970s, it remains a popular genre with performers from around the world and Farfest has assembled thirteen of the best known artists for the festival, with some groups reforming exclusively for Farfest.

From Italy, Alphataurus, Latte e Miele, Locanda della Fate, and Maxophone represent prime examples of the most unique and baroque form of progressive rock, Italian prog. Atoll, Pulsar, and Shylock offer a theatrical vision of France’s “rock progressif”. The United Kingdom’s Cressida are best known for their highly collectible records on the Vertigo label. From Poland, the SBB present their a fusion of jazz and rock, while Spain’s Mezquita’s appearance will present the most exclusive set of the festival. Critically-acclaimed American prog legend Cathedral will give a rare appearance as well.

The festival will be presented by Greg Walker, the man behind the legendary Syn-phonic Music distribution company and record label and a number of well-regarded festivals in the 1990s.

Tickets for the event are available from the Grand Opera House box office for $150 and up for the four-day event. Accommodations are available at the DoubleTree in downtown Willmington at a special rate. For more information, check them out online at: farfest.com. – CelebrityAccess Staff Writers