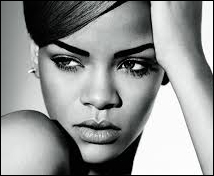 LYON, France (VIP-NEWS) — Rihanna commemorated the victims of last week’s attack in Nice by dedicating a song to them during a performance in Lyon on Tuesday.

The singer, who had previously pulled out of a date in Nice following the attacks, said before performing her hit song ‘Diamonds’ that she wanted to dedicate the song ‘to the people of Nice who suffered. People who have been traumatized, victims and their families.’

During the performance, the stage was lit in the colors of red, white and blue, remaining there for the entirety of the song. Rihanna also asked fans to light up their phones and lighters, illuminating the entire stadium.

The ANTI tour was scheduled to visit Nice on Friday, July 15, but Rihanna confirmed the evening beforehand that the show would not be going ahead. She had been in Nice during the time of the attack, but was confirmed as safe by a representative.

U2 frontman Bono was also reportedly rescued by armed police while dining in a restaurant in Nice during last week`s terror attacks in the French city.

The Mirror reported that Bono was on the terrace of La Petite Maison, a restaurant on the Nice seafront and near where the attack took place.

The band later posted a message to Twitter, saying, "Love is bigger than anything in its way".