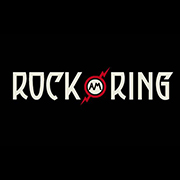 According to the New York Times, more than 60,000 people were at the Festival on Friday night when organizers announced the early shutdown.

“A possible terrorist threat cannot be excluded,” the police in nearby Koblenz said in a statement. “Investigations are ongoing at a top level. But we cannot say anything exact about the background right now.”

German police had reportedly taken extraordinary security measures to ensure the safety of festival-goers after the bombing at an Ariana Grande concert in Manchester last month. Earlier in the day on Friday, German television showed police removing manhole covers and conducting extensive security sweeps near the festival grounds at the Nürburgring racetrack complex.

A subsequent statement from the festival's promoters said:

"The organizers of Rock am Ring and the police are working nightshifts to take all necessary measures to guarantee a safe festival. More detailed information will be announced tomorrow at 11 a.m. at the press conference of the Ministry of the Interior of Rhineland-Palatinate. We will inform you as soon as we have confirmed information about the possible continuation of the festival. Unfortunately we have to rely on external sources for these information. We all hope to rock on together tomorrow. Despite all difficulties we are grateful for this fantastic teamwork we all showed today. -Your Rock am Ring Team and your Guardian Angels"