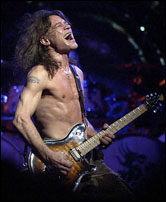 Paul Boivin of the Arizona Republic has a great take on naming rights.

Oh, what our British brethren must think.

Diamondbacks fans accustomed to saying "the BOB" will be thrown a curve Friday, when a new ballpark name is unveiled to reflect JPMorgan Chase & Co.'s merger with Bank One. Chase Field? Good. The Morg? Not so good, especially if the team drops to the National League West cellar.

Be thankful it's only the franchise's second sponsorship switch in seven years. The Redskins' stadium endured four name changes during one 2 1/2-year stretch.

Answer: Nobody. The former homes of the Baltimore Ravens, San Francisco 49ers and Oakland Raiders and Athletics have been renamed M&T Bank Stadium, Monster Park and McAfee Coliseum, respectively.

Is there such a thing as home-field advantage if you can't recall the name of the field?

It's all about revenue. Federal Express paid $205 million for a 27-year commitment to have its name on the Redskins' facility. Lincoln Financial coughed up $139 million to get its moniker on the Philadelphia Eagles' home.

Despite what ownership may tell you, nothing is sacred. In the world of naming rights, beer is a hit. The Colorado Rockies have Coors Field and the Milwaukee Brewers sport Miller Park.

There is the provincial – Big Sandy Superstore Arena in Huntington, W.Va., – and the thirst-quenching – Minute Maid Park in Houston and Tropicana Field in St. Petersburg, Fla.

There are the kiss-of-death facilities: PSINet in Baltimore, Invesco in Denver, Enron and Reliant Energy in Houston, TWA in St. Louis, Adelphia in Nashville and CMGI in Foxborough, Mass. All of these companies went bankrupt, were close to bankruptcy or were charged with fraud.

When Miami's Pro Player landed in bankruptcy court, the Dolphins and Marlins sued Fruit of the Loom Inc., the parent company of Pro Player. One couldn't help but snicker at the thought of the underwear company's attorneys filing their briefs.

Changes can come quickly. Foxborough's CMGI Stadium morphed into Gillette Stadium before the New England Patriots played a down.

Name changes work best when the corporation's moniker is well suited for a title. Great American Ballpark in Cincinnati sounds pretentious until you realize it's named after an insurance company.

The Buffalo Bills were among the first to sell naming rights. For a mere $1.5 million, Rich Foods paid to have the Bills facility named Rich Stadium.

The name-changing of Bank One Ballpark might not be the only local venue to undergo a moniker makeover. The America West-U.S. Airways merger has led to speculation that America West Arena could have a new name.

We all have our favorites. Mine is San Diego's Jack Murphy Stadium (now Qualcomm), which was named after a sports journalist.

Hmmmm. Boivin One Ballpark. The BOB. Has a nice ring to it.