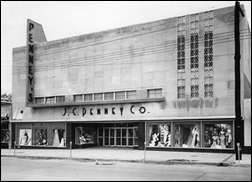 SILVER SPRING (CelebrityAccess MediaWire) — The Montgomery County Council has decided to hold back $2 million in funding for a proposed Silver Spring concert hall to be operated by concert promoter Live Nation until the council has more details on the deal.

Montgomery County Executive Isiah Leggett's office announced last month that it had signed a lease with Live Nation for the new hall, which will be developed on the site of the old JC Penney building in downtown Silver Spring. But now, the County Council, which must approve funding before the deal can move forward, has balked, stating that they want all the details to be finalized before they agree to sign off.

"We ought to at least see what those are so we know what we’re dealing with," Council President Mike Knapp told the Washington Examiner.

Patrick Lacefield, a spokesman for Isiah Leggett's office conceded that there were some details that needed to be resolved. "They have to give the land to us, we have to say here are the limits with what you can do with it, that sort of thing needs to be put in writing." Lacefield said.

The Council also expressed concern over provisions of the deal that would let the tenant deduct construction cost overruns from rent payments. Lacefield countered by noting that the tenant would be responsible for maintenance and utilities.

"The final state funding decision will be made in Annapolis in April," Lacefield added "We feel pretty good about that and pretty good about our support on the council. Their job is due diligence, and that’s what they’re doing in waiting for the details."

Not everyone is as sanguine. Councilmember Marc Elrich who chairs the Planning, Housing and Economic Development committee told the Examiner that he feels that the project should have been opened for bids to be submitted by interested parties. "I still have those questions," Elrich told The Examiner "I wish there was more money and less vulnerability in this for the county." – CelebrityAccess Staff Writers