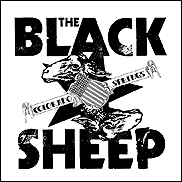 (CelebrityAccess MediaWire) — Since the departure of the highly popular Colorado Springs music venue 32 Bleu, a void has existed for music lovers in Southern Colorado. But no longer. In early October Boulder based promoter Soda Jerk Presents opened The Black Sheep in Colorado Springs.

The Black Sheep is an all ages venue with a capacity of 450 people. It includes a full service bar for its twenty-one and over patrons, and has dressing rooms available for band use on the lower level. As Colorado Springs only dedicated live music venue The Black Sheep has already begun to draw a very loyal following amongst locals and has already played host to such acts as Strung Out, Lagwagon, Jedi Mind Tricks, and Rasputina, just to name a few. The Black Sheep is also looking forward to 2006 with such acts as The Reverend Horton Heat, Everytime I Die, Low, and The Big Wu already scheduled to play.

While Soda Jerk Presents is known for its promotion of punk, emo, indie rock, metal and hardcore, they also realize the importance of a diverse line-up and schedule of bands. According to Mike Barsch (owner of Soda Jerk Presents and talent buyer for the club), “We’re committed to bringing a wide variety of acts into the room. We know that 'if we build it, they will come'. We’ve been doing shows in the Springs for about 4 years now, we’ve done a lot to develop the market, and there are a ton of music fans dying to see their favorite bands come to town.”

While often overlooked by many tours, Colorado Springs is home to four colleges (University of Colorado- Colorado Springs, Colorado College, The United States Air Force Academy and Pikes Peak Community College), and has a population of approximately 500,000 people. Additionally, it makes for easy routing to not only the Denver/Boulder market, but also Phoenix and Albuquerque.

For Booking, contact Mike Barsch with Soda Jerk Presents at 303-443-2227 or email mike@sodajerkpresents.com.