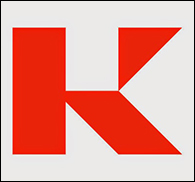 (Hypebot) – SONGS Music Publishing will sell its extensive catalog to Kobalt, both companies announced on Friday. Songs controls the music catalogs of The Weeknd, Lorde, Diplo and more.

Sources close to the deal put the price at $160 million.

Kobalt Music Publishing is already the home to the catalogs of Paul McCartney, Kelly Clarkson, Dave Grohl, Dr. Luke, The Chainsmokers and many others.

Variety is also reporting that SONGS president and co-founder Ron Perry will become the chief executive at Columbia Records. He’ll fill the vacancy left by Rob Stringer who, in April, was promoted to lead parent company Sony Music Entertainment as CEO.

“I met Willard [Ahdritz, Kobalt founder and CEO] when I first started Songs in 2004,” SONGS co-founder Matt Pincus said in a statement. “He was one of the first people to believe in our vision of a music publishing company providing revolutionary creative service to contemporary songwriters. Carianne Marshall, Ron Perry and I built Songs with a forward-thinking stance, a fierce commitment to songwriters and their compensation, and a focus on long-term relationships. Songs is a truly independent company – 100% owned and operated by us since its inception. After many years of hard work and personal investment in the company, we decided that it was time for us to look for new horizons.”