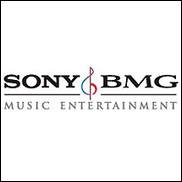 LOS ANGELES (CelebrityAccess MediaWire) — Sony-BMG has announced that it's signed a ten-year lease for the building that formerly served as the headquarters for the Creative Artists Agency, a move that would make Michael Ovitz their landlord.

The iconic building has stood vacant since CAA moved into their new digs in Fall of 2007. Sony-BMG staffers are expected to take residency in the 65,000-square-foot space by January of 2008.

Designed by I.M. Pei and built in 1989 for a cool $25 million, The building has proven to be somewhat of a liability for CAA since they left. The reported asking price of $5 per square foot and the unique features of the building such as a lobby that takes up almost the entire first floor and a painting by Roy Lichtenstein combined with a challenging real estate market made the building a tough sell.

According to Variety, Sony-BMG's deal will cost them approximately $4 per square foot and cover the annual operating expenses for the building, to the tune of $700,000 and $900,000 per year. – CelebrityAccess Staff Writers