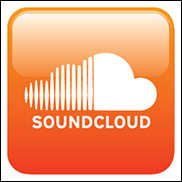 (Hypebot) – SoundCloud is much closer to launching a paid subscription service, thanks to a deal to license the massive Universal Music Group catalog. But two of the world's largest music companies Sony Music Entertainment and Sony/ATV have still not signed on.


Universal Music Group has signed a multi-year licensing deal with SoundCloud, paving the way for its massive catalog of artists to make money from ads delivered to the audio streamer's 175 million monthly users.


SoundCloud hopes to eventually add a paid subscription service, but that can only come after a deal is cut with both the world's second largest label group, Sony Music Entertainment and Sony/ATV Music Publishing. SoundCloud has previously completed deals with Warner Music Group, Merlin and the National Music Publishers Association, as well as, recently settling a lawsuit with PRS.


In an interview with the New York Times, Michael Nash, UMG's EVP for Digital Strategy said that this new deal would give Universal "the freedom and control to experiment with SoundCloud, including making some material available only to paying subscribers."


Streaming Music With A Twist


“With the majority of the music industry partnering with us," Alexander Ljung, SoundCloud Founder & CEO said in a statement, "and adding to the more than 100 million tracks already available to discover on the platform, we are able to offer a service to both creators and listeners that is unrivalled in the music streaming space today."