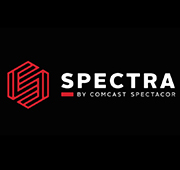 Overseen by former Spectra Venue Management Vice President of Bookings Brock Jones, the new division will present live entertainment in venues across North America with a focus on secondary and tertiary markets. The programming will not be exclusive to Spectra managed venues, according to Billboard.

Jones, serving as Senior Vice President of Concert Touring and Events will report to Comcast Spectacor’s John Page, who will serve as president of Spectra Presents.

Jones will be based in Comcast Spectacor main offices in Philadelphia, but will maintain a satellite office in Nashville as well.

“We created Spectra Presents to serve the under-served, whether that be the venue, the artist, or in some cases, both,” Page told Billboard. “We now have the ability to deliver live concerts to markets whether they are part of Spectra or not."

According to Jones, Spectra Presents will aggressively look for opportunities in the touring market.

Jones also noted that while Spectra Presents plans to deal directly with agents in procuring talent, venues will be part of the negotiating process.

“The financial realities of the touring paradigm necessitate venues co-promote dates,” Jones says. “It's imperative that risk is shared and mitigated. I need venues to be my partners, not passengers.”

Spectra Presents has hit the ground running and already has shows in the works, including Dwight Yoakam in Enid, Oct. 22, and Clovis, N.M., Oct. 23; Randy Houser and Frankie Ballard in Muskogee, Dec 11; Mercy Me in Trenton N.J., Oct. 24, and Norfolk Va., April 7; Matthew West and Francesca Battistelli in State College, Pa., Nov. 7; Third Day in Fayetteville, N.C. on Nov. 20; and Alton Brown in Fayetteville, April 7.