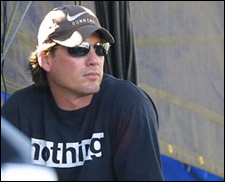 NEW ORLEANS(CelebrityAccess MediaWire) — For your edification, a guest interview with Stephen Rehage, the organizer behind one of the U.S.'s most successful music festivals – The Voodoo Music Experience.

In 1999, the U.S. festival market was not where it is today. What inspired you to create the Voodoo Experience at that time?

Rehage: ’99 was the first year of both Voodoo and Coachella and what I would consider the start of what we know today as the modern U.S. music festival landscape. It was at the height of the Dot-com era and the way people were getting and enjoying music was starting to change. The blending of musical genres and that sense of discovery seemed to be closer to what I had experienced growing up in New Orleans, where free expression and diversity of lifestyle is celebrated daily. In fact, we based Voodoo on this concept. There is a notable quote from jazz musician Sidney Bechet that I feel captures the city’s soul, and what we continually aspire to present every year at Voodoo, “My grandfather, that's about the furthest I can remember back. Sundays when the slaves would meet–that was their free day–he beat out rhythms on the drums at the square, Congo Square they called it. He was a musician. No one had to explain notes or feeling or rhythm to him. It was all there inside him, something he was always sure of.”

The Voodoo line-up is constantly evolving. How has Voodoo changed musically in 13 years?

Rehage: Conceptually I don’t believe it’s changed at all. It’s evolved, as all art forms do Fundamentally though, we’re influenced by fact that the exotic mixture of African, European and Caribbean traditions has made New Orleans into, perhaps, the most unique musical and cultural melting pot in the world. Historically, this cultural gumbo has served as the breeding ground for many of the great hybrids of modern music, which have flourished as a result of the city’s liberal environment. All the music, from spirituals, minstrel songs, cumbia, ragtime, jazz and blues to reggae, samba, calypso, gospel, soul, salsa, rock, R&B, rap, and even Broadway musicals, reflect the influences started long ago in Congo Square. Voodoo embraces the many transformations of musical culture into art. Thus its tag-line: “Worship the Music.”

In 2005, the country watched as Katrina and the after effects devastated New Orleans. How did it change Voodoo?

Rehage: In many ways, I think Voodoo had a parallel existence, or story, with the people of New Orleans during that time. We woke up one day and everything we knew before that moment was gone. Not because of a natural disaster, but because of the actions and inactions of a few. The Bush administration’s response was disgraceful, if not criminal. For me, doing nothing in response didn't feel right. In hindsight, producing Voodoo 59 days after the levees broke–in a city that didn’t really even exist–was an irrational decision. It bordered on reckless, if not simply for the sheer concern of safety. But it was a Howard Beale moment for me. One in which I found the perfect partners in Trent Reznor and Marc Geiger. I think it’s been well documented, but when Trent Reznor said, “I’m in,” it was a rallying call for the music community to help save a town that had given it so much. The actual festival that year was held under the worst conditions anyone could imagine–in a city still under martial law and an enforced curfew by soldiers with machine guns, helicopters and Hummers. There were no fences, no tickets, no hotels, no sources of revenue, no artist fees and certainly no rock star amenities. That year, it was just an empty field with a few stages, a group of people who needed a release from their realities, great music and musicians coming home to do what they do best. Looking back, it was exactly what Voodoo was designed to be. As we know, music has a way of helping people heal and I hope and believe in some small way, this started the healing process. Trent's screams that night brought the city back to life and I think it made a lot of people, in and outside of New Orleans, realize that there could be a future in this magical place. Closing with “Hurt” couldn't have been more appropriate. And he and Saul Williams singing "Where My Nigga's at…” well, I would say it was a brilliant “f** you” to the great job Brownie [FEMA's General Counsel Michael D. Brown] did.

Which Voodoo performances over the years stand out to you?

Rehage: Obviously the 2005 Voodoo event as a whole and NIN's set to close it. The Original Meters joining the Chili Peppers [2006] for an unrehearsed 12-minute rendition of their classic “Clap Your Hands Say Yeah,” with Flea and Porter going bass lick for bass lick was pretty incredible. Rage Against the Machine’s rehearsals the night before their performance–the sound from which broke windows, plates and glasses in the adjacent neighborhood in the process–is a great memory…an expensive memory. Eminem in 2000, right when Slim Shady was breaking, was a defining moment. What for now looks to have been REM’s last U.S. show [in 2008] seems very important. But for the most part, the moments that pop up into my mind are the ones that you stumble upon unexpectedly–that spontaneous moment that you as the producer haven’t orchestrated. There seems to be a moment (or ten) each year where I’m walking around and have to stop and ask, “transvestites bouncing, acrobats dangling from the roof of the stage, marching bands playing to the band from the audience, to a traditional jazz band playing ‘St James Infirmary’ with Jim James of My Morning Jacket singing with 100 costumed background singers…how did that happen?”

In 2010, you re-introduced Le Plur and this year, you’ve changed the Voodoo landscape with an even more expanded electronic element. What drove this decision?

Rehage: From 1999 to 2004, there was a big electronic presence at Voodoo. In 2005, post-Katrina, we made the decision to provide as many slots as possible for Louisiana artists, many who were struggling to find their way home. We still had artists such as Tiesto, Justice, etc. perform, but it was definitely scaled back. When we brought Le Plur back in 2010, the energy there was something really special. Obviously each year you go back and evaluate what worked, what didn’t and how you can do things better in the future. In each conversation, the expansion of Le Plur was brought up as something we should continue to build on.

People often talk about their dream festival line-ups. If you could create a dream bill, which acts would be included on it?

Rehage: I feel like I get to do this every year. After 13 years of producing and booking Voodoo; three years of The Essence Music Festival; and hundreds of other events that we as a company have produced. We have been privileged to work with many of the artists that I–as a tone-deaf, untalented, wanna be musician–grew up listening to and idolized. But I would have to admit; I am still waiting on [David] Bowie and [Tom] Waits.

What makes Voodoo unique is the mix of New Orleans culture and Halloween–are these important in how you lay out the grounds and the line-up?

Rehage: Of course. But it comes with its own unique challenges. The concept of artists, and the festival team costuming and celebrating makes for some memorable situations…figuring out “who’s who?” can be an issue. But it’s all part of the experience. Voodoo is set in the greatest musical city in the world, and Halloween in New Orleans is a pretty magical time–one I think you have to experience first hand to truly grasp.