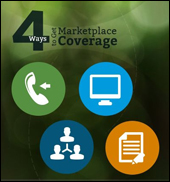 WASHINGTON D.C. (Hypebot) – Obamacare is here and musicians have to start figuring out how it affects their world. We're now in open enrollment and, though the site has had some problems and isn't always available, you can sign up now or just get additional information. Obviously some will pay more and some less. But keep in mind that in States where Medicaid assistance was refused, the working poor, which could well include many musicians, may not be able to afford required coverage given that needed assistance will not be provided. Here's an initial intro which I'll be updating with additional resources as I find them.

The Affordable Care Act, aka Obamacare, was signed into law in 2010. Since then aggressive attempts to derail that legislation, often involving flip flopping politicians who voted for it, have led to various dramatic moments including the shutdown of the Federal government which didn't last long but, by some estimates, cost taxpayers at least $24 billion.

Now we're facing the realities of Obamacare with little rational public discussion behind us and a great deal of confusion all around. The above video is a useful intro if you want to get a sense of the bigger picture but you're probably more interested in how it will affect you.

Since the biggest question marks are likely for individual musicians and industry freelancers who aren't getting insurance through an employer, that will be my focus.

Home base is HealthCare.gov. You have to enroll in coverage through the Health Insurance Marketplace during an open enrollment period.

Pricing will vary by State and even by county. You can get premium estimates but note:

"The prices here don't reflect the lower costs an applicant may qualify for based on household size and income. Many people who apply will qualify for reduced costs through tax credits that are automatically applied to monthly premiums."

Healthcare.gov has a FAQ for a wide range of questions including ways to get lower costs on coverage.

You may also find this Subsidy Calculator from the Kaiser Family Foundation of help in completing your estimate of costs.

What if I'm self-employed?

Get Covered: A one-page guide to the Health Insurance Marketplace

I'll be looking for additional information resources and updating as needed. Until then, I hope you don't end up like this poor woman:

"In a state that has chosen not to expand Medicaid, Yvonne is in the staggering position of now making too much money to qualify for Medicaid, and too little to obtain subsidies through the Affordable Care Act."