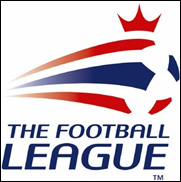 Ticketmaster, along with several other ticketing suppliers, was invited to tender earlier in the year and after a fully comprehensive process, The Football League has endorsed Ticketmaster's ticketing services, and granted them 2009/10 season along with a range of benefits for the achievement.

Ticketmaster has been promoted to the premier league as one of only four ticketing companies to be given full Football League 'approved ticketing supplier status. Currently, Ticketmaster provides ticketing services for almost half the Championship and League 1 teams in The Football League, such as Cardiff City, Queens Park Rangers, Plymouth Argyle, Middlesbrough, Huddersfield Town, Carlisle, Bristol Rovers and Leyton Orient.

Chris Edmonds, Managing Director, Ticketmaster UK, said: "The tender process to become an approved ticketing supplier for The Football League is always a rigorous one which we are delighted to have been successful in. We are committed to offering our Football League clients access to innovative and world class retail and software ticketing solutions to help them engage with their fans."

David Malkinson, Football League Marketing Manager, said: "League clubs are always looking at ways to build long-term and profitable relationships with their fans. In order to support clubs our approved supplier program helps them to choose those ticketing suppliers who are suitable for their business requirements." –by CelebrityAccess Staff Writers