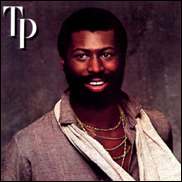 Boz Scaggs hit it so far out of the park with Teddy Pendergrass's "Love T.K.O." I could not help but swoon, even though I don't think I've ever heard the song before.


I had to ask the African-American woman sitting next to me the title, she was writing everything down. She said it was by Teddy Pendergrass. Maybe I was on one of my backwoods sojourns when this was a hit, but Boz's version was so right, so special, it was the highlight of the show in one packed with fireworks, and I don't even like Boz that much.


Oh, he did "Lowdown"… When Freddy Washington picked out those bass notes the crowd went berserk. It'd be hard for the young 'uns to understand, that a track we all loved and adored and knew by heart was not an evanescent piece of crap. And you could hear the amount of money spent on the original, it'd be hard to cut in your bedroom, but this was back when music ruled the world, when a musician was richer and more powerful with a better life than anybody else. Hell, it wasn't only about the money, you could get laid every night of the week, sometimes multiple times a day, and you might get the clap, but never AIDS. And the soundtrack was oftentimes Boz's "Silk Degrees", with the sleek cover photographed by my old buddy Moshe Brakha, who I haven't seen in decades.

This show was so good, so special, so right, if Donald Fagen wasn't lost in the past and embraced social media his fans might be aware of it and it would eclipse the Steely Dan tours, because it's a celebration of everything that once was, it's our DNA on stage.


Whether it be "Sweet Soul Music", the individual hits or "Summer In The City".


Do you like to dance, do you like to sing along? One of the encores was Sly's "Thank You (Falettinme Be Mice Elf Agin)"… They funked it up good. I couldn't help but stand and shake my body. To this song with references to previous Sly and the Family Stone hits, like "Sing A Simple Song", remember when acts had more than one hit, when they had careers?


The second highlight, even though Michael McDonald was the anchor of the show, was "Pretzel Logic"…


Ooh, you know, the keyboard swagger, that intro, and then…

That's what we all desired. More than flying on a private jet, lying on the beach, we wanted to be backstage, we wanted to get closer to the musicians, we wanted to hang. And this troupe might not be rich…but boy were they having fun! That's one thing they don't tell you about being a banker, YOU'VE GOT TO DO THE JOB! As boring as playing chess with someone catatonic, the only benefit is the money. But playing music is its own satisfaction.


"Pretzel Logic"'s not even close to forty minutes long, but it's superior to all of those hour plus statements released today. The hit was "Rikki Don't Lose That Number", but every track was solid, every number resonated in its own special way. Whether it be "Barrytown", "Any Major Dude Will Tell You", "Monkey In Your Soul" or the title cut. I spent that summer spinning it incessantly. It's burned into my brain. Just the initial notes of "Pretzel Logic" perk me up and brighten my day.


And Michael McDonald sang the background vocals on "Peg", just like on the original! And sure, he did "I Keep Forgettin'", but even better received was "Takin' It To The Streets".


"You don't know me but I'm your brother"


There was no income gap, not one any of us could see, we were all in it together, bonded by the music.


And last night it was the same all over again. Decades later. We may not have looked that good, but inside we were young once again.


And one of the encores was Buddy Miles's "Them Changes".


My mind's been going through them changes. I live in a world where music is a second class citizen, where all the innovation and excitement is in tech, where the musicians just want to sell out to the corporations which were never on our side. Then I go to a show like this and I'm reminded of the power of a band, of a song, of music.


Yes, we were. Singing, dancing, forgetting all our troubles, locked on to the sound.


It was the same as it ever was.


And it was GREAT!