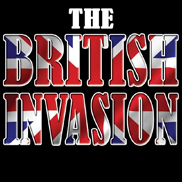 There's great music today, there is in every period, but why were the sixties and seventies such a fertile era, why did we get not only the Beatles and the Stones, but the entire British Invasion, the San Francisco Sound and the great acts of FM radio?


You've got to start in the U.K. Every famous musician of the sixties said they performed to avoid a life of drudgery, in the factory. They didn't think it was forever, playing music, but it was a great respite from the inevitable. They struggled to succeed for as long as they could. And when the Beatles broke through, all hell broke loose.


Sure, the Beatles' music was great. But when America saw the Fab Four on "Ed Sullivan", suddenly everybody wanted to be them. Their performance inspired an entire country to pick up guitars, to play drums, to be just like them.


And what did they want?

The joy of playing music.


Today people listen to the radio and watch "American Idol", but a whole swath of the public has no desire to imitate these performers. Because they just don't make enough money. In other words, only those with dim futures, with few advantages, slog it out in music.


Oh, of course that's a generalization. But if you lived through the sixties, you know that back then everybody had a band. Today you might sing karaoke, but very few have the life of a professional musician in their sights. Because not only are the odds long, when you make it, it doesn't pay enough.

They say MTV saved the music business. One could argue quite strongly it killed it. As for the excoriated disco that killed rock… We now know that corporate rock deserved to die and that it's disco that survives. Yes, all the beats of EDM started in disco. Disco was made by a marginalized group who lived to party every day. And punk and new wave were experimental and vital sub-genres of rock that rebelled against what came before. But everyone in the game knew you could get rich if you had a hit. Even Johnny Rotten.


Now you just can't get that rich playing music. Which is why Bono is a partner in a venture capital firm. Can you imagine that back in the sixties, our musical heroes becoming bankers? Impossible!


So Reagan lowers the tax rates in the eighties and suddenly incomes start to diverge. And the record execs don't want to be on the wrong side of the divide. They no longer care about music, they just want money. The acts are disposable. It devolves into formula by the nineties. And by time MTV stops playing music, at the advent of the twenty first century, after the executives have wrung all the cash out of both new acts and old, via overpriced CDs, the scene was dead.


And I don't know when it's going to come back.


The acts have no soul, no backbone anymore. The first thing they want to do is sell out to the Fortune 500, do endorsement deals. You see they want the money. And their handlers are imploring them to do this, because they want their commission. Everybody's chasing an ever-shrinking piece of the pie. And anybody who is smart is staying out. What did David Geffen say last week, "I'd kill myself if I got into the music industry now."? As for the consumer, he's screwed incessantly. Wall Street rolled up the concert business and ticket prices went through the roof. And very few acts want to go to paperless and keep prices low, because they too want the cash, they too want to live the lifestyle of the rich and famous. They're chasing the bankers, who make millions year in and year out. Very few musicians do, but that doesn't mean they don't try.

Sure, banking is boring, but tech is not. Which is why a huge swath of the youth make apps, are entrepreneurs, they want to be in control of their own destiny and make a fortune, the sky's the limit in tech. But there's a definite ceiling in music.

And the radio stations were rolled up, hell, Bain Capital and Thomas H. Lee Partners took Clear Channel private and squeezed out billions, despite the company being in extreme debt, and now stations have innumerable commercials and they all sound the same. And they'll only play what's on the major labels. Who won't sign something left field without instant radio play, they don't want to take that chance, there's too much money involved.


The rich are getting richer and the musicians are being left out. And yes, piracy contributes to income deprivation, but it's more complicated than that. Adele sold ten million albums in America and she doesn't do any endorsements. Her music is perceived to be honest and from the heart. That's a role model for you. But no one's following in her footsteps. No one is taking a risk. Then again, you can't manufacture Adele on an assembly line, you can just recognize genius and nurture it. But that's no longer the job of the music industry.


The fact that so many are so wealthy is putting a huge dent in our cultural institutions. Sure, there were scalpers in the sixties and seventies, but no one paid ten or twenty times face value, because no one had that kind of cash. You could get a good ticket back then. It's almost impossible today.


And the first thing a musician asks is "How do I get paid?" That's the culture we've developed. Paying your dues, doing it because you love it, very few are willing to play that game for decades. Furthermore, most people didn't make it in the sixties and seventies either. But they didn't complain ad infinitum about not being rich, they just played bars, got drunk, got laid and eventually gave up or were satisfied being journeymen.


Our whole country is asking why it can't be rich. What do the Republicans say, they're the party of the rich and the soon to be rich? Not everybody can be rich. But this mentality has people perpetuating income inequality, believing that one day, when they're wealthy, they want taxes to be low, and has the lower classes fighting for scraps, that's what reality TV is all about.


We won't have another heyday for music until we're all in it together, until income gaps decline. Hell, there haven't even been any protest songs since the economic collapse and ten years of war. No one is speaking truth, they're just speaking money, and it hurts us all.