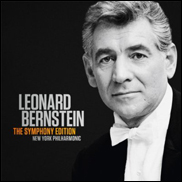 (Note: Sometimes you've got to leave the best stuff out. That's what I learned from Carl Reiner on Costas years ago. But the quote I excerpted from this program resonates in my head, and even though it doesn't fit in below, I want to lay it on you now:


"When it's good, it's irresistible."


That's Leonard Bernstein on rock music. Some things never change. That's what's wrong with too much you e-mail me about, too much hyped by the mainstream, it's not irresistible. But Leonard Bernstein in this program is. Watch it.)


I was reading in "BusinessWeek" about an engineer who left Facebook because it was all about the ads. That just wasn't fulfilling enough for a Harvard math major.


He could have stayed. He could have cashed in, or cashed out, however you choose to define an IPO. Instead, he left to build a new architecture, that would reveal secrets heretofore unknown.

I have a theory. Our country became about the money when Ronald Reagan legitimized greed. He lowered taxes, and not only allowed the flourishing of the junk bond house Drexel Burnham Lambert, he turned the heads of baby boomers, who were no longer concerned about loving their brothers and world peace, but about getting a bigger house in a better neighborhood with a foreign car in the driveway preferably all behind a tall wall.


In other words, the baby boomers were co-opted. The generation that rebelled against its forebears became them. And their progeny grew up in a land of plenty, focused on the dollar, and now they want theirs. Whether it be in Silicon Valley, or on the "Jersey Shore" or in Hollywood, where pretty faces are duking it out to be told what to do by Jimmy Iovine right now.


But it used to be different. Used to be the baby boomers were restless, they wanted more, and they expressed their desires, their rebellion, through music.

The Leonard Bernstein special I'm linking you to is legendary. Even though few people have ever seen it. It's most famous for the debut of "Surf's Up", with Brian Wilson playing the heretofore unreleased number alone on the piano.


But what's great about this show is not the testifying rock stars, but the denizen of the older generation, Leonard Bernstein, who says although 95% of the music is trash, 5% is fantastic.


And we can stop there and posit that 1%, or .5% is good today, with everybody able to get into the game, but it's not a business lesson I got from watching the maestro, but a musical one.


Along with the rise in materialism in the eighties came a denigration of education, of being smart, of critical analysis. It's cool to be dumb. Just ask Snooki. Or Sarah Palin, whose flock consists of idiots too stupid to realize the people they back are profiteers leaving them by the wayside. But if you're intelligent, if you're educated, you can think about things, work them through your fingers and come to new, interesting conclusions. You can debate economic policy instead of trying to prove Barack Obama was born in outer space.


If this were the sixties, there'd be a rock group right now setting the record straight.


But through the miracle of YouTube we can go right back to '67, where we are captivated by Mr. Bernstein and his infatuation with rock and roll.


Sure, you can sit back with your arms crossed and reference Radical Chic, you can cynically say Bernstein is reading from a script, but if you truly let go you'll be taken into a magical world, where music matters and life is about sensation rather than money. That's Bernstein's power. He takes the Top Forty under his wing and soars to new heights and we go along with him, thrilled with each insight he reveals.

This is not a man playing to the camera. Even though he was not without his vain qualities, what truly makes Bernstein's presentation magical is the way he gets caught up in the music. This is not beats-oriented dance crap, made to play in the background, the songs he's deconstructing are positively foreground.


He references "Pretty Ballerina" and ties it to classical music. He talks about the Beatles leaving out a beat. He reveals the Arabic influences in "Paint It Black". They're all there, we know the records by heart, but Bernstein adds fillips that deepen our enjoyment, that make us smile. And when he bangs out the notes on the piano and sings along in his less than perfect voice he's caught up in the music just like you and me.


Well, in the sixties, kids weren't their parents' best friends. I'd rebel against these plastic-surgeried ultra-thin moms, but somehow today's kids think their parents are all right, that they haven't sold out and greed is good.


And there's no draft. Start sending kids involuntarily to be slaughtered and protest would rear its ugly head, acts selling out to corporations would be laughed off the map, like Up With People.


And then there was MTV. Which made it about looks.


And the CD. Which rained down more money than previously was available in the music industry.


And we're running on fumes. We don't want innovation, just a pretty face. That's what all these TV competitions are about. Blame Simon Cowell. He's playing to the lowest common denominator. And if only Jimmy Iovine could hire someone as innovative as Neil Diamond to write today's "I'm A Believer" for the "A.I." winner.

But Bernstein goes on to say that the younger generation writes the music and owns it. Yes, Diane Warren would be a loser in '67. Carole King had to stop writing for others and start doing it for herself. The acts not only gained freedom in the studio, they started to own their songs as well as write them. The money went to the act.


And the public was enthralled. Because we were looking for leaders. Because musicians were the best and the brightest, speaking the truth and beholden to no one.


I'm not sure music can come back. When the man is Live Nation as opposed to a renegade concert promoter. When the acts aren't looking to be independent but to sell out, to whomever it takes to get paid and hopefully noticed.


They don't teach much music in school. And it's hard to respect tripe like "My Humps". But once upon a time, music changed the world. It was the most vital art form.


And it wasn't about the industry, but the individual. To see that just watch all six installments of this show. When Bernstein is on, you're riveted. When the youngsters come on, you tune out. Their music is great, but their analysis is dated.


But the music was universal. And it lasted.


It's referred to as classic rock.


And instead of rebelling against it, today's generation flocks to it. For its originality, for its truth, for its honesty.


Tune into a glorious time. Hang in there through the faulty sound and the blank screen time. Because when Bernstein talks, your heart will sing, you'll feel fully alive, you'll want to play these records all night.