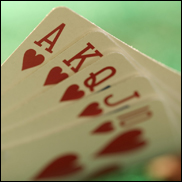 He didn't say a thing.


Well, that's not completely true, but he held his cards very close to his vest, and really didn't show any.


What did we learn?


That he learned from the Sullivans you can charge venues to play there, as opposed to the reverse.


First and foremost, Michael Cohl looks like a homeless person. Well, not exactly, but if he were flying commercial, people would look at him askance. With a weak chin covered by a full beard, and casual clothing, Michael Cohl is everything the rock stars once were, driven by the beat of their own drummer, beholden to nobody. Yup, the rock stars are all now endorsed by clothing companies. But richer than almost any of them, Michael Cohl gets to wear what he wants, knowing it's what's inside that counts.

So how did Cohl become who he is?


Bottom line, I bet most people reading this are clueless as to who Michael Cohl is.


Michael Cohl invented the modern touring system. A worldwide venture where you pay the act a lump sum, and you figure out how to make a profit.


Does this involve scalping tickets and other shenanigans?


Larry LeBlanc didn't ask that question. But how did Michael Cohl put the Jacksons' Victory tour in the black, when it was running solidly in the red?

But there were a few adventures before that, like when he called up Donald Tarlton, his competitor, and opened the conversation with "Hi, partner."


Yup, the Bee Gees' agent was playing them against each other. So Cohl decided to join forces with Donald to not only drive prices down, but gain territory. Hell, they ended up operating across the nation, putting Norman Perry in Vancouver under the banner of Perryscope, and it was years until people uncovered the ruse.


That's a concert promoter. Someone who flies by the seat of their pants.


After Bill Graham abused his people, and Cohl vowed to never work with them again, he called Steve O'Rourke for Prince Rupert Loewenstein's number, he had an offer for the Stones. $40 million for forty gigs.


He closed that deal. And that's when everybody paying attention realized there was a new boss in town.


When you read in the press that U2 or the Police or whatever major star is inking a triple digit worldwide tour deal? Michael Cohl invented that paradigm. Along with selling his company five times. Being a kingpin at Live Nation. And then being blown out and saving "Spider-Man."


Yup, Bono called him. It was Cohl who decided to fire Julie Taymor, it just took a few weeks for him to convince Bono and Edge. Because if they hadn't come up with an end to the play by now, they were never going to.


A strategist. A power broker. A money man.


But ultimately a cipher.


Used to be guys like Cohl ran record companies. Before they were all bought by conglomerates and the employees had no skin in the game. Lose a few of your own bucks, and you never forget the lesson. Cohl overpaid for Buck Owens, he learned the hard way.

The charts were manipulated. Everybody lies. There were not as many Owens fans as appeared on paper.


You think you know what's going on, but until you get your hands dirty and know the players, you're clueless. Business is not a game played in a vacuum.


Cohl made it on his wits.


Is it any wonder promoters are now more powerful than labels? All the promoters started out as entrepreneurs, unable to sleep at night, worried about losing their shirts. They know where every dollar is buried. Find an A&R guy who knows the same thing…


Still, I didn't learn much about Cohl.


But he did tell a story that explains everything.


It was 1987 and Pink Floyd was reuniting, without Roger Waters, and fear was rampant, promoters weren't sure they could sell any tickets. Cohl convinced the aforementioned O'Rourke, the band's manager, to let him put up one date for sale. If tickets moved, the tour was on. If they didn't, David Gilmour would suddenly get sick.


And encapsulated there is everything you need to know about the music business. Don't believe what you read. Bluster and fear go hand in hand.


As for the show?


Sold out instantly, two more dates, which were on hold, went just as fast. The tour was a monster.


But without Michael Cohl, the whole thing was a no-go.


And that's the promoter.


Just don't ask him how he did it.