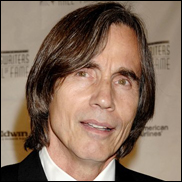 I first experienced Jackson Browne at the Fillmore East, opening for

Laura Nyro. This was long before I even knew who David Geffen was, never

mind the fact that the two shared a manager. All I knew was this guy

opening for my favorite riveted the audience. Kept everybody in rapt

attention, almost an impossibility for an unknown act without a record in

release. I waited in excess of a year for that debut to finally hit the

store. I purchased it at Sam Goody and played it incessantly. Loving

"Rock Me On The Water" and "Something Fine". This was long before

"Doctor My Eyes" was plucked from the record as a single.

And by time the second album came out, twenty months later, Jackson was a

known quantity. Not only had he had his own hit, he’d co-written the

Eagles’ breakthrough debut. But "For Everyman" contained no singles.

And neither did its follow-up, "Late For The Sky". Jackson was gone from

AM radio. He was only for a growing legion of fans. Who connected with

That’s what we did. Travel down to the record store to buy a hit of

dope. Which we didn’t smoke or inject, but placed on a turntable. But,

the trip we took was oh-so-real. We gained insights that eluded movies

and television. If you wanted to know which way the wind blew, you

And, as a result, this business blew up. Millions of copies would be

sold of albums with no hit, sometimes not even any tangible airplay.

Concerts that began in theatres graduated to arenas, then stadiums. Your

hardest problem was getting a ticket. Seemingly everything sold out,

almost instantly. Going to the show wasn’t just a badge of honor, but an

unmissable experience. Hanging with your brethren as your favorite

played those songs you wore out on the disc.

A singer-songwriter like Jackson Browne could go on to superstardom.

Banding together with his peers to stop the proliferation of nuclear

power. But then came MTV. And the boy bands. And the CD revolution.

The amount of money involved was staggering, no one wanted to leave a

prices went into the stratosphere. And then it all collapsed.

They say Napster killed the music business, I’m not so sure. There was a

confluence of factors, radio consolidation, MTV moving away from videos

and the sheer plethora of new material. But, all this change rendered

the classic acts of yore impotent. They could record new music, but no

one wanted to hear it. If you paid a hundred bucks you believed you were

entitled to hear the hits. It wasn’t a once a month experience,

concertgoing was oftentimes a once a year experience.

As for the young ‘uns, the purveyors told us they were initiating kids

into the concertgoing experience. But that’s not what got us hooked,

extravaganzas peppered with evanescent singles. The culture was gone.

You had to have a new star every season. To the point where there were

and auto-tuned youngsters playing to either very few or a lot once.

night. Wherein he was going to play too much new material to a half full

But that wasn’t the case. It was positively staggering. Must’ve been a

telephone campaign, they must have read about it in the newspaper,

because these tech-unsavvy denizens got the word. The venue was full and

And I’m sitting there thinking how Jackson Browne has a body of work.

The focus was on his post hit material, from the nineties on. Oh, he

played about a track from each of those early albums, but there was more

would fire up "Culver Moon"?

But he did. Prefacing it with a story about Culver City. How in the

rest of the country they didn’t quite understand what he was saying.

Yes, it was a hometown crowd. And we loved it. Jackson telling us one

the edge of the Valley. How "Live Nude Cabaret" was inspired by that

place on Pico. How many times have I driven by that? THOUSANDS?

It was like the seventies. Coming to L.A. and finding out there truly

was an El Monte Legion Stadium. That all those references in Frank Zappa

and Firesign Theatre records were real.

They applauded the playing. They exclaimed for the backup singers. They

hooted for the political numbers.

for a drink during the eight new songs. They weren’t supposed to even

know the album tracks, never mind enthusiastically appreciate them. It

Because this is exactly how it started out. There won’t be a review in

the paper. There won’t be footage on "Entertainment Tonight". TMZ

didn’t send a crew. The show was only for the people who were there.

Swooning when Jackson played "Fountain Of Sorrow", immediately jumping to

their feet when he did "The Pretender". This show was more alive than

the productions of those topping the hit parade. There was a soulful

quality. The audience was engaged. It wasn’t about the backdrop, there

was no dancing. It was about the music. And it hasn’t been about the

music for such a long time. But those in attendance, they remember.

They still believe. Jackson Browne may not have a record deal, but he’s

got an audience. And the latter is much more important.