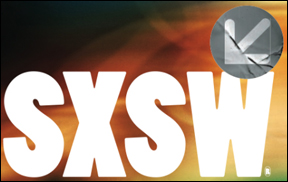 Can an unsigned band get noticed? And, do we even bother to use that term anymore, "unsigned". Do you want to get signed?

I mean what are the chances that the cognoscenti are going to care about your band when R.E.M. and even Van Morrison are shilling for attention. Oh, it makes you feel good, to rent a U-Haul, sleep four to a room and perform a set no one cares about. The same way it makes you feel good to send a CD to me! Itâ€™s amazing what people will do to make themselves feel good, make them believe theyâ€™re making progress.

The new music business isnâ€™t at SXSW. Why should it be?

Think about it. If Yahoo and Google sprung up out of nowhere, what makes you think the powers-that-be in the music industry are going to rule in the future?

So youâ€™re gonna make a deal with a major, a 360 deal, because thatâ€™s all they want. Youâ€™re gonna put yourself in the hands of the old generation, lock yourself up completely, because it seems easier this way, you can sleep at night, knowing youâ€™ve got a signed contract locked up somewhere. But when your record stiffs since the label is chasing the product of the good-looker who recorded the songs they wanted them to, the radio-friendly stuff, and youâ€™re tied up forever, who you gonna call, GHOSTBUSTERS?

The one person you might want to hook up with at SXSW is an agent. But an agent is first and foremost impressed with your numbers. An agent wants to see your track record. Where you can draw people. Actually, an agent doesnâ€™t give a shit WHAT you play as long as people want to come hear it. The agent wonâ€™t tell you what to record and what to wear, theyâ€™re just interested in selling tickets. They donâ€™t even give a shit if youâ€™ve got a record deal, just whether youâ€™ve got an AUDIENCE!

And itâ€™s harder than ever to gain an audience if youâ€™re playing with the usual suspects. All they know is radio. How come youâ€™re going to sign with these guys when YOU have contempt for radio? All you bands playing SXSW, you abhor Top Forty radio, but thatâ€™s all the majors are interested in. And chances are if youâ€™re a good-looking automaton, ready to go the Jessica/Paris/Lindsay route, youâ€™ve already got handlers in New York or L.A. with a pipeline to the old guard, you donâ€™t have to go to SXSW to get noticed.

Or you could go to the panels at SXSW. To learn that fewer people have jobs at less money. Iâ€™ve debated Net monetization at these conventions for NINE YEARS and nothing has happened. Everybodyâ€™s just reacted to what some college student, not in attendance, ultimately has done.

Music isnâ€™t about money, but passion. If youâ€™ve got the passion and are willing to work 24/7, you might ultimately get money. Probably long after your friends who went to law school do, if ever.

The whole scene is warped. With MTVâ€™s "Cribs" and rappers extolling their high-rolling lifestyles. Donâ€™t you watch VH1? The lifestyles of the one time rich and famous EVAPORATE! And then, if youâ€™re lucky, you can be television fodder, for the public to laugh at.

All that MTV-era bullshit is done. Itâ€™s not about your look. Itâ€™s not even about following trends. Itâ€™s not about signing on the bottom line for a zillion bucks. Itâ€™s about making music. Constantly. Not on a one album every three year cycle. The Net audience wants new tunes all the time. A steady stream. Your hard core fans anyway. If youâ€™re playing to the casual listener, youâ€™re abusing your hard core. Let the casual user find you VIA the hard core. A single on the radio for nine months may generate cash once, but it turns a hell of a lot of people off. Like Taylor Swift. If I hear about her fucking teardrops on her guitar one more time, Iâ€™m going to VOMIT! Just shut up and make another record. I was a fan, now I just see a young girl being raped by the system. A system that doesnâ€™t care about the fans, but only about the short term money.

Donâ€™t worry about the short term money. If your music is good, if you play well live, the money will come. But sending me a CD or schlepping your equipment to SXSW isnâ€™t going to make your music any better. If itâ€™s good, put it on the Web, energize your fans, theyâ€™ll spread the word. But you probably suck and are looking for the easy way out. And crying that you just canâ€™t make any money. Boofuckinghoo.