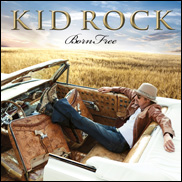 Where I grew up, there were no rich people. No bankers, no right wing titans ranting the poor were lazy and the government was taking all their hard-earned money. Some dads worked for the electric company, others sold insurance or held blue-collar jobs. The upper middle class were doctors and lawyers. And just beneath this tier were the auto dealers. We knew who they were, because their stores all featured their names.

We were all in it together. Sure, you could be unpopular, you could be bullied, but there was no velvet rope, no class parties or junkets that you just could not afford. And when we all saw the Beatles, we picked up guitars and started to play. And money had nothing to do with it, the music and the screaming and the energy drew us in.

Music is now the province of the underclass. No one smart is going to dedicate his or her life to a musical career, they might give it a year or two after college, but then they’re going to hotfoot it to graduate school, they don’t want to be left behind. The dirty little secret is most starving artists are not artists. They’re just poor people who can’t make it who call themselves artists. They’re not at the bar discussing Camus, they’re on the couch watching the Kardashians wondering why someone won’t pay them.

So you’re not gonna get a revolution from the poor people who do gain notoriety in the music business. Because first and foremost they need the money! This is their way out!

As for the businessmen who grease the wheels? No one knows who they are. The days of high-flying label titans are through. Clive is riding into the sunset and Tommy got kicked out and won’t be let back in. No one knows who Michael Rapino is, the press never talk about the fact he’s the most powerful person in the music business, since he wields the checkbook, and smart managers and agents were always faceless, knowing if they have a profile, their artists will fire them, just ask Terry McBride.

So Kid Rock gets a hair up his ass about ticket fees. And unlike the public, he’s got power to exact change.

That’s another thing about today’s artists. They all blame someone else. “Who me coach?” They’re slackers who believe responsibility is anathema.

But Kid Rock is different. He grew up in a middle class family. When he supports Republicans he thinks they’re the close-cropped, reasonable, educated men of yore. But Nelson Rockefeller is now a Democrat, as is Ronald Reagan. Rock’s values don’t align with the Tea Party. And first and foremost he believes in giving back. I.e. his beer and clothing company in Detroit that employ locals as opposed to exporting the jobs to Asia and crying there was no choice.

How does he achieve this?

Via transparency. Unlike the fans, Rock is not stupid. He knows the money doesn’t all go to Ticketmaster, there are kickbacks to buildings and promoters.

But rather than push the ball uphill, he decides to start with his own business. By lowering the price of t-shirts. Instead of the rip-off price of $35-$40, he drops them to $20-$25. His merch company had a fit. But, as stated earlier, the artist has all the power, Rock demanded the drop. And he saw sales go up…and it got him to thinking…

So Rock and his manager had a meeting with Rapino. The essence of which was, “You show me yours and I’ll show you mine.” Show me where every dollar is buried and I’ll throw in my money and we’ll start fresh.

Took the better part of two years to come to an agreement. The wheels of change grind slowly. But now the deal’s done.

But not before Rock got another hair up his behind. Not only did he want the fee to drop to five bucks, he wanted all tickets to be $20.

Rock’s goal was to give back. To return concertgoing to what it once was. A regular habit as opposed to a vacation. That’s how the business revitalizes, by getting people to the show. If it’s so expensive they can only go once a year, they’re gonna save up for the superstar extravaganzas, which must feature production as opposed to music to justify the cost, and ultimately everybody else loses.

But because he’s intransigent, Rock then wanted no fee at all.

So a deal was struck. If you went to Wal-Mart, where they’ve got Live Nation kiosks, you could buy a ticket for $20, including parking, with no fee. Ticketmaster picked up the vig, furthermore, more kiosks were installed to handle the demand.

And you say that Ticketmaster is the enemy.

Across the board, onsales doubled or tripled from 2011. Blowing past everybody’s expectations.
Irvine sold out in nine days. Came close, but didn’t go clean back in 2011, they were 700 or 800 short.

Pittsburgh sold more in twenty four hours than the final number in 2011.

Sure, it’s his hometown, but Rock has sold seven Detroits already. They put up four the first weekend, then three the next. They stopped it there.

Everything goes in the pot, drinks, parking, merch, Live Nation and Rock are partners. And if you think this is de rigueur, you’ve never sat in the trailer where the promoter shows you the two sets of books, his and the one he shows the act. And I’m not joking, there are truly two.

And there’s no guarantee. If you want to revolutionize the world, you’ve got to put your money where your mouth is. How can we expect change without risk? It’s intrinsic to the game!

But it’s not only the ticket to get in, it’s the beer to have a good time. Instead of double digits, beer is four bucks. And Kid Rock fans drink a lot, there’s a lot of profit there, don’t forget, it all goes in the pot, Live Nation and Rock share it.

As they do parking, which is also just four bucks.

And it’s all paperless. Except for the very back of the pavilion. I mean why go halfway?

And there are a thousand platinum seats, not because Rock needs the money, but because he wants to combat scalpers. And season seats come out of that thousand, everything’s on the manifest. And the first two rows go unsold, they’re for upgrades for those in the back.

Instead of buying a mortgage, you’re taking a flier, you can relax, you can party, you can drink and flirt and…HELL YEAH!

But it’s not about the money, it’s about the fans. Not only paying back, but converting them, closing them, bonding them to Rock so they come again each and every tour.

Yup, the onus is on Bob Ritchie. He’s got all their money, now he’s got to deliver a kick-ass show that blows their minds and gets them talking. Because Rock knows you can’t rely on radio, you can’t rely on press, you can only rely on yourself. There are no middlemen, in today’s world it’s just the act and the fan. The promoter should not be the enemy, nor should the ticketing company. Everybody should profit, but it should all be in service to the fan.

And it all came about because Kid Rock is smart, he grew up in an upper middle class family, he knows it’s about values as well as money. But artists don’t seem to share Rock’s values today. They might do a benefit concert, but they’re unwilling to take any personal risk, they see the plight of their fans, but they’re so busy climbing the economic ladder that they shrug their shoulders and pay no attention.

So what happens now?

Rock has opened the door. Will anybody else go through?