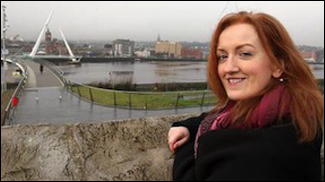 LONDON (VIP NEWS) — Some events at the UK City of Culture program in Londonderry may have to be cut back because of a shortfall in funding.


To date, the income from sponsorship and ticket sales is much less than had been expected.


However, the chief executive of the company set up to deliver the City of Culture, said she was confident no cuts would have to be made.


The City of Culture is one third of the way through its calendar of events.


So far the total funding committed to run it is £16.4m, with most of that money coming from the Department of Culture, Arts and Leisure (DCAL).


Up until mid-April, the cash raised in sponsorship was £436,000, while £186,000 was earned in income such as ticket sales and merchandising.


These are significantly below the target figures.


According to the body set up to deliver the calendar of events, the Culture Company, the projected target for sponsorship in the business plan put together for the City of Culture bid was £2.5m, and £2.7m for projected earned income.


With two thirds of the City of Culture 2012 still to run, a senior official from DCAL has warned "the anticipated income from sponsorship, tickets and merchandise and other funders which was set out in the original business case has not been realized".


"The options include varying degrees of scale back on the Culture Company's contribution to the cultural programme and marketing budget," the DCAL official said.


The Culture Company says the current shortfall in its overall budget is £611,000. It is examining ways of dealing with the funding gap.


Shona McCarthy, chief executive of Culture Company, said while the original business case had been revised downwards it was "easy to take the figures out of context".


"It's going incredibly well and surpassing all expectations," she said.


"I am absolutely confident, and you can hold me to this in December, that the final £611,000 will be raised and we will not have to make any cuts to the program.


"Any chief executive is going to raise concerns with her board, it doesn't mean there is any kind of crisis.


"The program is setting the highest possible benchmark for the UK's first city of culture.


"At this stage I don't anticipate having to make any cuts."

Shona MacCarthy said she anticipates not making any cuts
A Culture Company spokesman added: "Targets for sponsorship and earned income were revised as the detail of Derry-Londonderry UK City of Culture 2013 program became finalized and in the light of on-going feedback from efforts to attract sponsorship.


It is believed that none of the showcase events like the Turner Prize, the Walled City Tattoo or the All Ireland Fleadh Cheoil will be affected. The threat is greater to smaller peripheral events.


Derry City Council asked the Department of Enterprise, Trade and Investment (DETI) for additional funding of £1.3m to bolster a city-wide marketing campaign, but was told to look elsewhere.


A DETI spokeswoman said: "The Department of Enterprise, Trade and Investment has already made a very significant contribution to the UK City of Culture, through the Northern Ireland Tourist Board, Tourism Ireland and Invest Northern Ireland.


"Any request for additional funding from the Executive would have to be routed through DCAL as the sponsoring department."