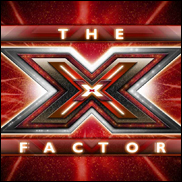 Simon Cowell is a star.

I like Kelly Clarkson. She’s cute, honest about her weight/body image and is a good singer. But she’s not a star. Her best material is written by others. And she has the depth of an Oreo cookie. If I asked her to wrestle between higher taxes and a social safety net, I’d expect her to go blank and suggest we get another drink.

But I’m sure Simon Cowell has an opinion. Real stars don’t exist in a vacuum, but in the environment, they’re aware of their surroundings, their context.

As for the other "Idol" winners…

Clay Aiken couldn’t admit he was gay. Oops, he wasn’t the winner that year? Well, he got the longest ride, which is just about over. A real star is not afraid of who he is, he owns his identity, he doesn’t fake it.

Adam Lambert played coy with his sexual identity until the competition was over. Stars don’t leave us guessing about where they stand. And after coming out, selling his music, Adam resembled nothing so much as a cartoon.

I just can’t think of one.

Oh yeah, that young woman, the plump one, what was her name again? Jordin Sparks… Let’s see, we’ve got Jim Morrison, college-educated, writing poetry, and Jordin’s number one asset is her smile. Whoo-hoo!

I’m not saying "Idol" will crumble without Simon Cowell, although I do expect it to sustain a deep ratings hit, but the reason the show has been so successful is because of this one man, who won’t wear a tie on camera, who smiles like the Mona Lisa, daring us to wonder what he thinks, and when he speaks states his own, unequivocal truth. That’s a star.

That’s why we revere stars. They’re not beholden to a boss. They do it their way.

Mmm… God, everybody on the hit parade seems to be beholden to someone else. Thanking their sponsors… Doing whatever their labels tell them to do… Unwilling to offend anyone in their pursuit of the brass ring. No wonder the public likes the song at most, and why music doesn’t drive the culture.

Steve Jobs? The biggest rock star on the planet. Does whatever he wants, is beholden to no one and releases the best damn products. Don’t agree? That’s just the point, stars have haters, from the beginning of time. At least people CARE, have an opinion. Who’s got an opinion on all those evanescent singers in the Top Forty?

Somehow, in the dash for cash, we’ve given up searching for stars.

Stars are uncontrollable, they break ground, they need to do it their way. Why, with millions on the line, would investors want to spend money on people like this?

But they used to. When there was less money at stake. When labels weren’t owned by multinational conglomerates, when those truly in charge were willing to take risks.

Risks… What’s the cliche, no reward without risk? That’s true. There hasn’t been any risk in the music business for eons. Except by no-talents pissed no one’s paying attention.

Speak your mind. Take a stand. Don’t be afraid to offend. The opposite is death.

We love to watch Simon Cowell. Because we truly believe it’s his opinion. That he’s not second-guessing us, is not beholden to the sponsors or Fox.

And like a true star, Simon is willing to strike out on his own, to bet on himself. We don’t begrudge stars their success, we feel they’re entitled.

Love him or hate him, you pay attention to Simon Cowell.

"X Factor" will succeed, this is assured. As for your next record…odds are not so good.

Oh, don’t get your panties in a knot. But all you people e-mailing me that Carrie Underwood won "Idol" and is now a star…you’re focusing on facts, not emotions. And emotions are the key to stardom.

In the controlled world of Nashville/country music, Carrie Underwood is a star. I like her records. But they have nothing to do with her, all she does is sing them.

Now that everybody’s got a computer, even country music has fallen precipitously in recorded music sales. And, as terrestrial radio fades, will the small coterie of pooh-bah handlers truly be able to control the country market? Does the public really want all this me-too drivel? Which used to be about drinkin’ and druggin’, wastin’ and womanizin’, and is now about driving the kids to school in your SUV and lamenting that some theoretical person died overseas?

Yes, I support the troops. To the point where I believe they should come back home so they don’t get killed. But let’s not get off point here. Too much of what passes for country music today is fodder made for a market. Carrie Underwood is just the best exponent of this. She’s no Dolly Parton, writing her own material, never mind singing it. No Loretta Lynn. She’s a product.

And a product is never a star. Because a product doesn’t have emotions!

Who is Carrie Underwood? What does she stand for?

If she’s got opinions, which I doubt, other than what dress to wear, she’s not uttering them, for fear someone somewhere will be offended.

Come on, has anything Carrie Underwood ever done in her real life comported with the lyrics of "Last Name"? Are the tabloids full of her falling down drunk and acting ridiculously on impulse?

I don’t approve of Kid Rock’s Waffle House adventures, but he does seem to be the person on his records. And that’s why he’s one of the biggest acts today. Not only in rock, but country.
We like ‘em authentic. You may not start out that way, but once you own your identity and speak your mind, like Hank Williams, Jr., we’re on your team.

If you e-mailed me this you’ve lost the plot, you’ve been in this business too long, you’ve got no reference points, you’re part of the problem, not part of the solution.

Yes, for the time being certain Nashville forces are making money selling Carrie Underwood records. But underneath the sticky sweet exterior, there’s nothing…except maybe a good voice. And that just ain’t enough. Not enough to make us love you through and through.