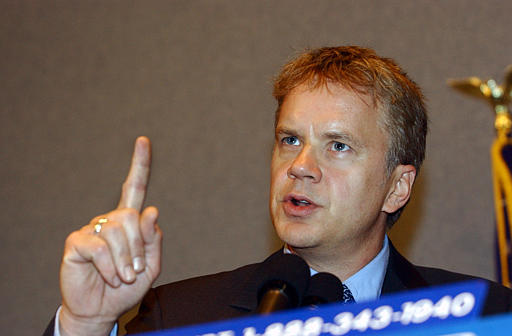 Actor Tim Robbins recently gave a speech at National Press Club in Washington, DC entitled "A Chill Wind Is Blowing In This Nation." He talked about politics, war, baseball and show business. In the latter, Clear Channel was even brought up.

"Two weeks ago, the United Way canceled Susan's appearance at a
conference on
women's leadership. And both of us last week were told that both we and
the
First Amendment were not welcome at the Baseball Hall of Fame."

"A famous middle-aged rock-and-roller called me last week to thank me for
speaking out against the war, only to go on to tell me that he could not
speak himself because he fears repercussions from Clear Channel. 'They
promote our concert appearances,'" he said. "'They own most of the
stations that play our music. I can't come out against this war.'"

"A chill wind is blowing in this nation. A message is being sent through
the White House and its allies in talk radio and Clear Channel and
Cooperstown. If you oppose this administration, there can and will be ramifications.
Every day, the air waves are filled with warnings, veiled and unveiled
threats, spewed invective and hatred directed at any voice of dissent.
And the public, like so many relatives and friends that I
saw this weekend, sit
in mute opposition and fear."