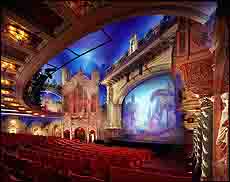 MIAMI (CelebrityAccess MediaWire) — A benefactor appears to have stepped in to help save the historic Olympia Theater at the Gusman Center, popular among city residents as the 'people's theater.'

The 1,567-seat Gusman theater's future was in doubt after the cash-strapped City of Miami was forced to cut the $475,000 annual cash subsidy that had been helping to keep the doors open at the venue in their most recent budget. However, an advertising exec, Herman Echevarria, may be able to help.

According to the Miami Herald, city officials say that Echevarria is collecting financial commitments from unidentified business leaders to establish a trust to cover the theater's budget shortfall and eventually expand productions there. The $475,000 contribution cut from the city's budget constitutes approximately a third of the theater's annual finances.

The 55-year-old Echevarria is a reportedly well-connected local business executive and formerly a 12-year Hialeah councilman and unsuccessful contender for Mayor of Miami in 1997.

He serves on the board of the Beacon Council, which works to develop business in the Miami-Dade county region and also is on the board at Mount Sinai Medical Center. Formerly, Echevarria was also the chairman of the Miami Symphony Orchestra.

"He will not allow the Gusman to close," Miami City Commission chairman Marc Sarnoff told The Miami Herald. "This is a very credible person. I have every expectation he will fulfill his commitment. If he doesn't, there is no plan to save the Gusman." – CelebrityAccess Staff Writers