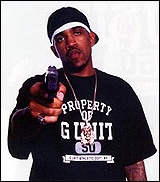 DERBY, UK (CelebrityAccess MediaWire) — Police in Derby closed down a nightclub for 24 hours over the weekend, after security concerns were raised prior to a gig by American rapper Lloyd Banks.

About 600 tickets had been sold for the rap show at the T5 Club on Saturday, but police claimed a proper risk assessment had not been done and there were concerns about possible disorder and violence.

Promoters of the event told the BBC News that they had offered to cancel the gig, but felt that the police force’s actions were excessive.

“The police should have gone round the venue and seen it, seen what security measures there are for the concert but they didn’t do it,” a promoter known as Meesh told the station.

Co-promoter Kace Clarke told a reporter, “There’s been no previous trouble at any of his (Lloyd Banks) concerts that he’s done in the past.

“We have some information on previous concerts he has done and there have been no issues that could have been brought up.”

Chief Inspector Gary Parkin said, “Unfortunately there have been a number of firearms-related incidents at similar events connected with this music genre in the East and West Midlands, London and Manchester.

“We accept the majority of people who attend are just there to enjoy themselves and sadly it is a small minority who cause significant problems.

“We have to balance this up against the security of all people visiting Derby’s pubs and clubs and we have a duty to ensure they feel safe.” –by CelebrityAccess Staff Writers