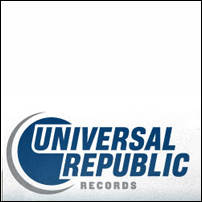 Along with Monte, Mr. Lipman will oversee the management and creative
operations of the label, which features such chart-topping artists as Amy
Winehouse, Jack Johnson, Colbie Caillat, Hinder, Mika, Damian Marley,
Godsmack, 3 Doors Down, India Arie, and many others.

"Avery is among the very best in the new generation of true record
executives," stated Mr. Lewinter. "His rare combination of leadership,
creative sensibility and business acumen have been instrumental in helping
Universal Republic achieve the success it has in such a short period of time.
Over the years, it has been a pleasure to watch him grow into such a
universally well-respected record man, known for his remarkable ability to
identify and develop talent, while bringing innovative and refreshing ideas to
well-established acts. He possesses the drive and vision necessary for
success, and this expanded role will recognize and make even greater use of
his many talents."

"I am thankful to Doug Morris (Chairman & CEO, Universal Music Group) and
Mel for their continued support and encouragement," added Mr. Lipman. "Working
with Mel and Monte to build Universal Republic has been one of the most
rewarding experiences of my career. And I am thrilled to have the opportunity
to continue working closely with them and our dynamic staff to further expand
the reach of our artists in the physical and digital marketplaces."
Mr. Lipman began his tenure in the music industry within the Business
Affairs department of Arista Records. In 1990, he was appointed Director of
Business Administration for Sony Music International. During that time, along
with brother Monte, he co-founded Republic Records. In 1998, he left Sony to
become GM of Republic, and in January 2000, when the label became an imprint
of Universal Records, he was named Republic's Senior Vice President.
Subsequently, in 2006, Mr. Lipman was named Senior Vice President of the newly
established Universal Republic Records. –by CelebrityAccess Staff Writers