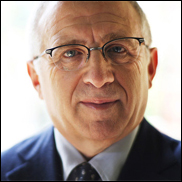 LOS ANGELES (Hypebot) –
Irving Azoff is ratcheting up the pressure after YouTube apparently ignored his warning to make a deal or take down music and videos relating to the 20,000 songs under his control. The catalog managed by Azoff's Global Music Rights (GMR) includes music written by The Eagles, Pharrell Williams, Boston, Foreigner, Smokey Robinson, John Lennon, Smokey Robinson and George and Ira Gershwin.

According to a letter sent by GMR attorney Howard King to YouTube, the Google owned video and music service has failed to comply with Azoff's demands to stop using the songs. As the Hollywood Reporter's Eriq Gardner so aptly wrote, "Now the two sides begin a dance to the beat of copyright law."


YouTube claims it has the clearances needed to use the songs; to which Azoff's team counters: "If YouTube contends that it has properly licensed any of the songs for public broadcast, a contention we believe to be untrue, demand is hereby made that we be furnished with documentation of such licenses."


"We've done deals with labels, publishers, collection societies and more to bring artists' music into YouTube Music Key. To achieve our goal of enabling this service's features on all the music on YouTube, we'll keep working with both the music community and with the music fans invited to our beta phase."