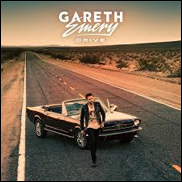 LOS ANGELES (CelebrityAccess MediaWire) — With the end comes a new beginning. This Saturday, November 22, British DJ/producer Gareth Emery will make the last stop of his ‘Drive – An American Road Trip’ national tour at the world-famous Hollywood Palladium in Los Angeles, CA. At this legendary venue, fans can expect Gareth Emery to deliver one of his most memorable sets yet as he launches his brand new weekly live broadcast and podcast “Electric For Life.”

Gareth Emery recently announced the end of his decade-old podcast much to the disappointment of his fans, but all is not lost. He is moving to a bigger and better platform, teaming with Sirius XM for his new show, “Electric For Life.” It kicks off this week with a live audio and video broadcast of his five-hour Saturday night set. Following the Palladium show, every Tuesday at 12pm ET / 3pm PT / 8pm GMT Emery will host the live “Electric For Life” broadcast on Sirius XM Electric Area Channel 52 in North America. The show will then be available as a podcast every Wednesday via iTunes.

For the big launch, he’ll highlight material from his latest studio album ‘Drivve’ (Garuda) alongside some of his best back catalog and favorite tracks of the moment. Joining him will be special guests including Christina Novelli (“Dynamite,” “Concrete Angel”) and Roxanne Emery (“Soldier”). Garuda star Luke Bond will support. Fans that cannot be in attendance in Los Angeles are encouraged to log on to http://electricfor.life for the broadcast starting on Saturday, November 22 at 10:00 PM PST until 4:00 AM PST. International times are listed below.

“Every now and again you need a new challenge, and whilst doing my podcast has been incredible, I wanted a new show to reflect where my music taste is at in 2014, “says GARETH EMERY about “Electric For Life.” “We've got an incredible live radio platform set up where I can interact with listeners every week during the live broadcast, plus of course there will still be a podcast version.’ He adds: “I haven't felt this excited about radio in years and can't wait for the first broadcast this weekend so we can show the world what we've been working on!”

The inspiring story behind ‘Drive’—which hit #1 on iTunes’ Dance Chart in both the U.S. and Canada, and #27 on the overall chart upon its April 1 release is derived from Emery's 3000-mile adventure across the Oklahoma/ Texas border on Old Route 66. Exemplified by his deep and purposeful musicality, adept songwriting skills and ability to convey emotion through sound, Emery has created a unique blend of house, trance and electro that is explored fully on ‘Drive’. Singles from DRIVE include “Dynamite” featuring Christina Novelli, the voice of one of Emery’s most successful tracks “Concrete Angel”; the beautiful and ethereal “U” featuring Bo Bruce; and the full-bodied Beatport Top 10 club banger “Lights and Thunder” with Krewella.

Tune in to the launch of “Electric For Life” at http://electricfor.life: