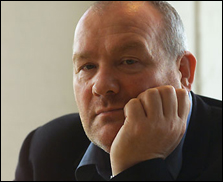 The company is responsible for events such as the Benicassim festival in Spain and the Kent-based Hop Farm festival which Bob Dylan headlined this year.

“The group was particularly impacted by weaker than expected sales at the Hop Farm Music Festival (in Kent) which was loss-making," a statement to shareholders reads.

In August, one-time Mean Fiddler owner Power issued a trading warning and said it expected to make a “material loss” this year as festival attendances continued to fall in the face of the recession, the wet summer and the dampening effect on audiences of the Olympic and Paralympic games, according to The Stage.

Guilfest is also going into administration today with debts of £300,000.

"There was a lot of competition this year,” reflects Tony Scott who’s been presiding over the fest for the last 21 years. “The Olympics were on, a lot of people were going to that…There was Tom Jones playing up the road at Sandown Park, Bruce Springsteen was playing in London, and there was an awful lot going on around our weekend as well as the bad weather,” according to Hot Press.

In a statement explaining its decision to call in administrators for the troubled company, the group said: “The board has in recent weeks pursued a number of different funding proposals but the company has not been able to procure the necessary funding it requires.”