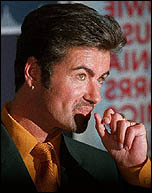 LONDON (CelebrityAccess MediaWire) — George Michael may be regretting his encore at the re-opening of Wembley Stadium on June 9th after the stadium reportedly slapped the singer with a $250,000 fine.

A spokesman for the stadium said that Michael's set went long by thirteen minutes. Wembley's rules include a $20,000 fine for each minute that a show goes over. Michael apparently slipped two unplanned songs in, inducing the fine

Michael had rang in the opening for the new stadium, being the first to perform there after a lengthy and expensive rebuild.

The Wembley spokesperson said: "Wembley can issue fines for concerts that overrun, but that's between Wembley and the concert promoters." – CelebrityAccess Staff Writers