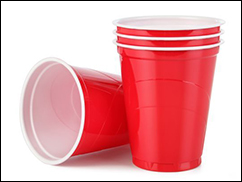 (Hypebot) – A recent Sounds Like Country concert hosted by Pandora in Nashville has revealed that the genre may be more popular than ever, and with more mainstream brands cottoning on to the genre, sponsorship deals have become both more common and more valuable.

Guest post by Glenn Peoples, Music Insights and Analytics at Pandora, of Medium

The artist-brand relationship has existed since the early years of country music. But as country has become more popular in the last half-decade, and as mainstream brands have discovered the genre, sponsorship deals have grown in both number and value.

Last week’s third annual Sounds Like Country concert in Nashville was a perfect display of brands’ enthusiasm for country music. Days before the annual CMA Festival kicked off, over 1,100 fans, plus national press and industry executives, went to Marathon Music Works for performances by Jake Owen, Old Dominion and RaeLynn.

Nashville is steeped in country music tradition, from the outlaw country of Johnny Cash and Merle Haggard to ’90s breakout stars Shania Twain and Garth Brooks. Now, with Music City being a kaleidoscope of sounds and styles—a hip hop influence, the much-maligned “bro country,” a new traditional movement, R&B and EDM influences—country music has probably never been more popular.

Today, young country artists in particular are having great success online. Scan the top 50 on the current Pandora Top Spins chart and you’ll see a handful of country artists whose first major label release is no more than five years old: Sam Hunt, Luke Combs, Brett Young, Dustin Lynch, Florida Georgia Line, Dylan Scott and Cole Swindell. Hunt’s “Body Like a Back Road” is crossover hit and currently #14 on the Billboard Hot 100, a chart that measures broadcast radio audience, digital downloads and online streams across all genres. Going back a few years, Florida Georgia Line’s “Cruise” reached #1 at country radio in late 2012 before a remix featuring the rapper Nelly reached #4 on the Hot 100. The line between country and pop can get blurry.

This tweet linked to a Sounds Like Country mixtape sponsored by Ashley HomeStore and featuring a voice greeting by Jake Owen.

The landscape was different just a few years ago. Fewer country artists were working with mainstream brands at the beginning of the decade, says Marcie Allen, president of New York City-based experiential agency, MAC Presents. She notes that Keith Urban’s 2011 sponsorship deal with AT&T and Samsung “turned heads” for both its value and the commitment to country made by a major technology company. But since then, more brands doing larger deals. “Today mainstream brands are working with numerous artists in ways they weren’t five years ago,” says Allen.

A small sampling of country’s most popular acts shows brand’s involvement in country. This year, Blake Shelton, also a judge on ABC’s reality singing competition The Voice, entered into a new partnership with Nissan that includes visibility on his headliner and festival shows, VIP hospitality and “full automotive exclusivity.” The multi-national corporation Bayer is sponsoring Luke Bryan’s “farm tour” for the third straight year. Brad Paisley can be seen and heard on Nationwide Insurance television commercials. And Almay, a cosmetics brand owned by Revlon, made singer Carrie Underwood its global brand ambassador in 2014.

Another notable partnership arrived in late 2014, Miranda Lambert and Ram Trucks. Lambert benefitted from a national ad campaign covering television, print, digital and radio. Ram was able to reach Lambert’s fans at her concerts, and it placed a truck in her video for “Little Red Wagon.” In addition, Lambert penned—yes, she writes songs, too—and performed a song for Ram Trucks, “Roots and Wings,” that was used in the campaign (and has been streamed 2.7 million times at Ram Trucks’ YouTube channel). Yes, country music and trucks are a great pair.

Sponsorships aren’t just for the stars, by the way. Brand’s interest in country has had a trickle-down effect on younger country artists, says Allen, pointing to Bose’s current partnership with Maren Morris, last year’s CMA New Artist of the Year. The younger artists on the Sounds Like Country bill have attracted brand interest, too. Old Dominion landed a sponsorship with LIDS Sports Group, operator of over 1,000 retail stores that offer sports headwear and clothing. And RaeLynn’s partnership by retailer Forever 21 allowed her to promote her new album WildHorse through exclusive, in-store appearances on her RaVe tour.

Aside from the outright popularity of country music, brands are also attracted to its vivid themes, down-to-earth nature, and Midwestern and Southern values. “Country music and its artists represent a lifestyle,” says Jeremy Holley of Flyte Vu, a Nashville-based entertainment marketing company. “Country music’s core is based on real people, real life situations, and amplified by real lyrics. Its authenticity is what makes it attractive for brands.”

Authentic is a word that repeatedly comes up in conversation about country music. Fans relate to the artists and to country themes. “Country music artists feel like your friend,” explains Bonnie Herche, senior director sales development at Pandora.

Country song lyrics paint vivid pictures of the lifestyle and reveal its authenticity.

In country songs, people have blue collar jobs and make an honest living. Jon Pardi’s “Nightshift” encapsulates this work ethic: “It’s been a red meat week / Sixty plus from dawn to dusk / In the red dirt heat / Busting it up for a couple of bucks.” A Thousand Horses’ “Preaching to the Choir,” currently on the Billboard Country Songs chart, has the blue collar theme: “If you’re a 40 drinking, 40 working, living the dream / Then you’re just like me.”

Alcohol and religion also inform the country music lifestyle. Toby Keith’s “Red Solo Cup” is a memorable ode to drinking: “a red solo cup is the best receptacle / For barbecues, tailgates, fairs and festivals.” Thomas Rhett mixed the two themes in “Beer With Jesus”: “what happens when life ends / and when you think you’re comin’ back again / I’d tell everyone, but no one would believe it / if I could have a beer with Jesus.”

Country music has a certain sense of place. Songs depict life far from urban city centers: in fields, on dirt roads, in small towns and on bodies of water. Little Big Town’s hit song “Pontoon” is a celebration a favorite watercraft of the landlocked state: “5 mile an hour with aluminum side / Wood panelin’ with a water slide / Can’t beat the heat, so let’s take a ride.”

Brands also love country because of the artists. “They’re the most willing to promote an event,” adds Kelsey Kirkpatrick, senior manager sales marketing at Pandora. “They’re amenable to do custom mixtapes and do a meet-and-greet with fans.” Pete Fisher, CEO of the Academy of Country Music, agrees. He points to country artists’ nearly year-round touring schedule that provides brands with opportunities to consistently reach fans at venues. “They are known for their accessibility to their audience, bringing a partner brand a better quality of connection with their consumer.”

Country music’s relationship with brands dates back to the origin of the genre. The call letters for Nashville radio station WSM 650 AM, the home of the Grand Ole Opry since 1925, stand for “We shield millions,” a slogan of the station’s original owner, National Life and Accident Insurance Company. Many decades later, Loretta Lynn would be a spokesperson for Crisco Vegetable Shortening (“Crisco will do you proud every time,” was her catchphrase), Johnny Cash would pitch both STP Gas Treatment and Taco Bell, and Alan Jackson would revise his hit “Gone Country” into “Ford Country” for Ford Motor Company advertisements.

Working with brands always hasn’t been widely accepted. Nearly three decades ago, the comedian Bill Hicks, more of a rock listener than country fan, ranted against artists attaching their names to corporate brands. “Do a commercial, you’re off the artistic roll call forever. Everything you say is suspect,” he said while carving out an exception for young actors and Willie Nelson (“$24 million tax bill … I just avert my eyes when he sings about tacos”). At the time, some pop stars were inking sponsorship deals — Michael Jackson and Pepsi had a long relationship — but rock bands disassociated themselves from corporations. It was a big deal when The Rolling Stones licensed “Start Me Up” for a television commercial in Microsoft’s Windows 95 advertising campaign.

But times have changed. Artists frequently license their songs and partner with brands. Songs by legends ranging from Bob Dylan to the Ramones have been heard in commercials. Younger artists usually aren’t afraid of being associated with companies or their products—as long as they’re a good fit. A tour sponsorship or a television commercial can provide financial help and gain exposure to a wider audience.

Finally, the rest of the music community has come to learn what country musicians knew a long time ago: brands are a great way to reach fans and support a career.