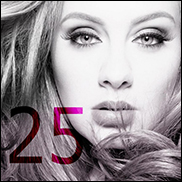 (Hypebot) – Although Adele's choice to delay making her album available on streaming services certainly helped boost 25's retail sales, there's some question over whether this practice of windowing can be effective in the music industry over the long term.


When Adele released her latest album 25, it wasn't officially available on most streaming services, which certainly helped her attain some healthy sales. Now nearing 20 million sales worldwide, many label execs have taken notice and want to institute the same policy with other artists as well.


Known as "windowing," the strategy has been used in the movie industry for some time. That's where a film is released on in the theaters for a period of time, and only allowed to go to rental and television only after it's finished its theater run.


The music version of windowing would have a superstar album release be only available via CD or download for a period of time before being released to the streaming services.


While that sounds all well and good on the surface, it also sounds like an industry pulling at straws in hopes of peeling back the flow of time. It won't work for a few reasons:


1. Consumers have now adapted to streaming and they're not going back. They expect to be able to find the music they want on their platform of choice right now and if your latest release isn't there they'll just move on.


2. Adele is a special case, with sales propped up mostly by soccer moms and baby boomer women (Sony did a study) who are predisposed to buy a CD or download.


Windowing is a bad idea, and while I don't think it will ultimately get any traction, it's only pushing back the inevitable. Streaming is here to stay until the next new technology is upon us, so let's all get used to it and maybe even enjoy it.