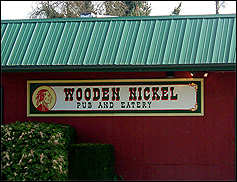 SILVERTON, OR (CelebrityAccess MediaWire) — After a season full of major financial losses, the Wooden Nickel Summer Concert Series at The Oregon Garden appears as if it may have played for the last time on August 16th.

Wooden Nickel Restaurant owner Glen Damewood said the concerts, which have featured acts such as George Clinton, Ted Nugent, Poison, Diamond Rio and Big Bad Voodoo Daddy, simply aren’t bringing in the expected crowds. The lack of attendance, plus large production and marketing costs, have forced the organizers to consider ending the series.

Damewood told the Silverton Appeal Tribune that he spent more than $40,000 on marketing before the second concert was produced. That coupled with the cost of renting the Teufel Amphitheater at The Oregon Garden at $2,000 per show, production costs and booking the bands, has become a significant burden the small-business owner.

Sponsors have helped to offset costs, but it has not been enough.

“We try to book a wide variety of tastes,” Damewood told the paper. “It’s one of those things where it’s not getting the support and I don’t know why.”

Damewood says he has not made a final decision about the concert series and would like to keep all options open. –by CelebrityAccess Staff Writers