PORTSMOUTH, England (CelebrityAccess) The family-friendly event Live At The Bandstand, a jazz and swing event in Portsmouth, England, has been canceled by the Portsmouth Council because of the overdose deaths last weekend at the Mutiny Festival in the same city.

An 18-year-old care worker and a 20-year-old father of two died after apparently taking drugs at the Mutiny Festival, and 13 more were hospitalized, one in critical condition. Three men were arrested on suspicion of supplying the drugs and the second day of the festival was canceled as a precaution.

The council fears copycat behavior at Live At The Bandstand, according to the Telegraph.

“We had specific concerns with Bandstand having open access to people with no tickets were dealers could just walk in and sell drugs,” Council Leader Gerald Vernon-Jackson told the Portsmouth News. “It was also felt that with the type of music at this weekend’s event being similar to Mutiny there could be similar behaviour from those attending.

“We felt this could create a market which may open the gates to the batch that was used last weekend. It is a real worry. We have to be very careful as we don’t want a repeat of what happened.”

As for “similar,” Mutiny is an EDM event and, although this weekend’s canceled festival at a seaside bandstand includes an R&B singer, a a choir of underprivileged youths and a cover band that plays “upbeat tunes,” according to the Telegraph. Mutiny was a ticketed event and this one is free to the public.

“Absolutely ridiculous!” one person wrote on Facebook, according to the newspaper. “Went last 2 years with my grandson, daughters and son in laws, friends even my 80 year old ex-father-in-law joined us at one point. Completely different event from Mutiny way over the top knee jerk reaction.”

“While I can understand the councils sentiments surely the Mutiny Festival is more of a dance event that seems to attract the drugs,” another person wrote. “The Bandstand is more of a Sunday afternoon listening to music.”

A member of he Urban Vocal Group, which was scheduled to perform, backed the decision, telling the Telegraph that, “It’s not just drugs though, it’s the possibility of people looking to continue the ‘good time,’ let off some frustration over the recent events and and you should always err on the edge of caution.” 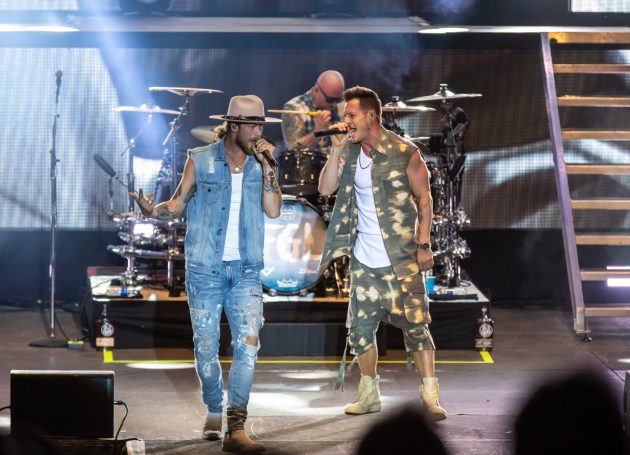