It’s based on facial recognition technology.

That’s what Nathan Hubbard has set out to do, the man who used to run Ticketmaster, he’s raised double-digit millions and…

I first saw a demonstration last September, when it was in stealth. But now, since it’s public, I returned to the outfit to get an update. Rival used to be in a WeWork space. Now it’s in an old Howard Hughes hangar in Playa Vista. Everybody’s huddled over a MacBook Pro attached to a big screen, what are they doing?

Well, we’ve got a security problem in the events business. People may now be afraid to go. What if we knew everybody in attendance? You buy a ticket, scan a selfie, and then you gain entrance via facial recognition, a la iPhone X. But it’s much more sophisticated than that. There’s depth-analysis. To make sure you can’t trick the system with a photo. And at every entrance there are cameras attached to the ubiquitous metal detectors, with an effective rate of essentially 100%, yes, the technology’s just that good, and if there is a problem, since all your info is digitized, someone on site can help you out, you don’t have to go to the box office, they can take care of you on the spot.

Sounds good, doesn’t it? But what about minors?

You don’t have to scan their faces if you don’t want to. Their tickets can be attached to yours.

Well, that’s at the whim of the artist, the event producer.

So let’s continue to focus on the user experience.

When you get inside the building, you can get an offer to upgrade, via AI, i.e. artificial intelligence, you can see the viewpoint from that specific seat you’re deciding whether to upgrade to. And other offers can be pushed to your phone, based on your frequency, ticket price, a whole host of data points.

Now you’re worried about privacy. But are you willing to trade some for security and a better experience? And you already upload your photo to Facebook, and as for the data points re your face, those can’t be reverse engineered, or so they tell me. And all the data will sit on Rival’s computers and…

Kinda like WeWork, it allows you to start small and upgrade.

But what about buying that ticket to begin with?

They’ve sent drones into the buildings. So you can see the viewpoint from every seat, every price point, right on your handset. And price points are unlimited, as opposed to the thirty two on Ticketmaster’s system.

So, your face is the ticket.

Rival realizes it’s got to contend with a ticketing edifice.

Rival can issue paper tickets if the promoter wants…

Let’s now switch to the business side.

This is how it works. A venue makes an exclusive deal with a ticketing company, for an advance and a percentage of the ticketing fees. That’s right, the fees don’t all go to Ticketmaster, only the ignorant believe that.

But no one really knows who the ticketholder is, the primary site is not in control of transfer, it’s a veritable madhouse.

Now right now, you can buy primary and secondary seats on Ticketmaster. The irony is that Ticketmaster makes more on secondary than primary, which is why you read that Taylor Swift shut down the secondary on Ticketmaster to clear out primary tickets, and that worked. You see all the money is in ticketing and…

Rival does have exclusive deals with venues. One of which will launch within a year. Household names. Others are presently locked up in exclusives, with expiration dates as far from now as five years or as close as a year and a half. Rival takes a percentage. It’ll give an advance if that’s what a building wants, but… Rival believes it can increase the gross. By upselling food and beverage, other perks. Imagine if you’re a regular customer and got free entrance into the club, or a free drink, wouldn’t you like that? It’s all doable, right now, on the handset, I saw it in action.

So, once again, back to basics.

Right now, it takes weeks for humans to input ticketing info into the system.

And, Rival can plug into existing systems, like Ticketmaster. Rival can sell tickets itself, and also allow tickets to be sold on third party sites. Controlling everything from price point to change of access. That’s right, the third party sites, like StubHub, will be tied into Rival’s system. So, if someone sells their ticket, the new holder uploads his photo. And, the underlying promoter/artist can take a cut of the transaction.

Or, an artist can decide to artificially price tickets. I.e. sell to hardcore fans untransferable tickets for forty five bucks. Or give the best seats to hardcore fans. Or…

The options are unlimited.

And speaking of respect, on sales can be staggered, so you’ll have time to pick your seat, look at the drone footage, see what you want, as opposed to now, when you take what you can get for a hot show.

The usual suspect players don’t want change. But they can see how the lack of change is hurting them. And the primary players are utilizing antiquated systems, to truly solve the problems you’ve got to build from the ground up.

And if it all sounds complicated, on one hand it is.

But on the other it isn’t.

You go online and pick your seat, just as you do now, but with much more information. You can see the viewpoint from the seat you’re choosing. Truly, via drone footage, not that you need to know it was shot by a drone.

And you can take your time to choose your ticket.

And you can walk right into the venue without pulling out your wallet. You don’t have to worry about forgetting your tickets, your face is the ticket.

And since the system knows who you are, you get treated better, especially if you’re a regular customer.

And you can buy food and merch via your face.

And on the back end, promoters have much more flexibility, and many more options to make money. They know who the ticketholder is. They can treat them right. 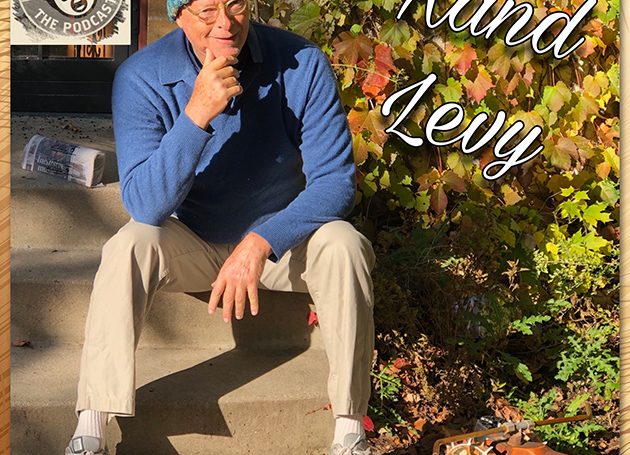