LOS ANGELES (CelebrityAccess) – Fans of Tim Burton’s The Nightmare Before Christmas will be able to celebrate the film’s 25th anniversary during a special two-night concert at the Hollywood Bowl.

Scheduled to take place October 26 and 27, Danny Elfman, who voiced the film’s star character Jack Skellington, will be joined by other original castmembers including Catherine O’Hara (who played Sally), and Ken Page (who performed Oogie Boogie), for the live engagement.

The concert is being produced by Laura Engel and Richard Kraft, Tim Fox and Alison Ahart Williams, as well as Live Nation/Andrew Hewitt and Bill Silva Presents, in association with Disney Concerts.

Tickets go on sale Saturday, Sept. 8, at 10 a.m. via all Ticketmaster outlets. 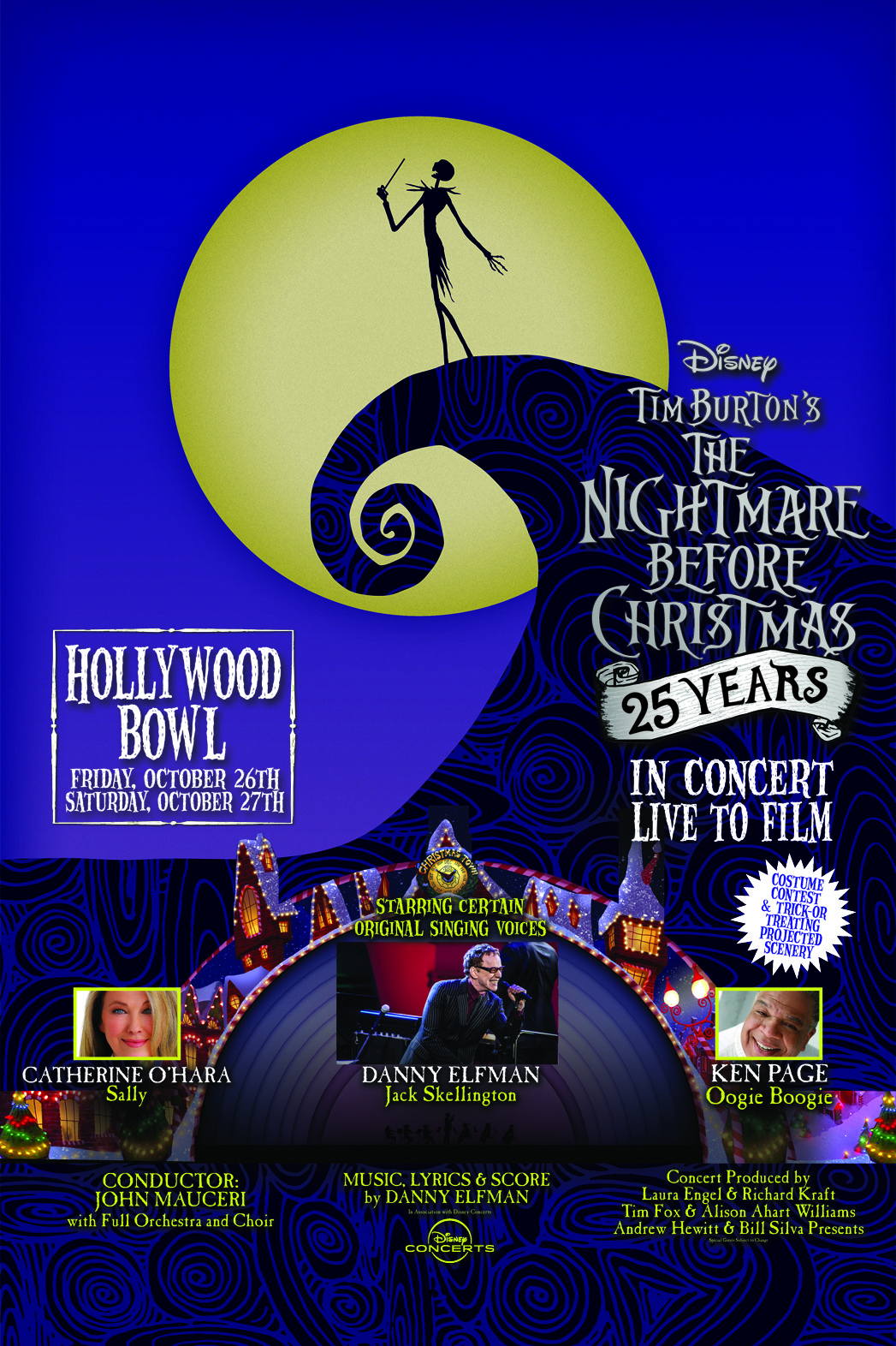