OAKLAND, Calif. (CelebrityAccess) The Oakland A’s have released details to build a new MLB ballpark at the Howard Terminal in Oakland, Calif.

The team will simultaneously pursue a second project to redevelop its current Oakland Coliseum site.

“We are excited to build a bold, iconic ballpark at Howard Terminal. This design will allow us to blur the boundaries of a traditional ballpark and integrate into the surrounding neighborhood,” said Oakland A’s President Dave Kaval. “However, this undertaking is bigger than baseball. In addition to developing at Howard Terminal, we plan to redevelop the Coliseum to help that site realize its full potential for the residents of Oakland for the long-term. We look forward to continuing our work with the community to develop both projects.” 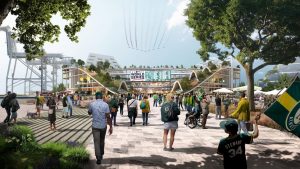 “We’ve spent the last year engaging in community dialogue with over 100 public officials, 80 community-based organizations, and 500 Oakland residents and community leaders. Our conversations with leaders in business, labor, government, and faith, in addition to neighborhood residents, have underscored the desire for this project to deliver real economic, civic, and cultural benefits, including job creation and training opportunities; an inclusive approach to economic and community development; and new civic, cultural, and recreational amenities. We are also committed to delivering a baseball experience for our fans like no other. Our proposed two-project approach will enable us to deliver on our promises to both our fans and community,” said Kaval.

“Our design for the A’s new home at the heart of Oakland’s revitalized waterfront seeks to return the game to its roots as the natural meeting place for the local community,” said Bjarke Ingels, Founding Partner of BIG. “An elevated tree-lined promenade frames the ballpark on all sides, dipping down to meet the public square and open the field to the water and city views. The perimeter park connects a cascade of social spaces for the 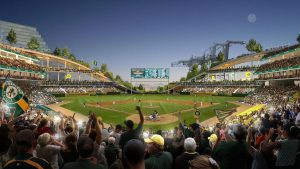 fans to enjoy the sport on game days and extends the urban fabric with a neighborhood park to be enjoyed 365 days a year. In other words-we are putting the ‘park’ back in ‘ballpark’.”

The privately financed ballpark will anchor a new waterfront district that will feature housing, including affordable housing, restaurants, retail, small business space, and public gathering spaces, according to the announcement. The Coliseum will be revitalized with a preliminary plan to include a large park, surrounded by new housing, including affordable housing, a skills center, community gathering space, office and retail developments, and restaurants. 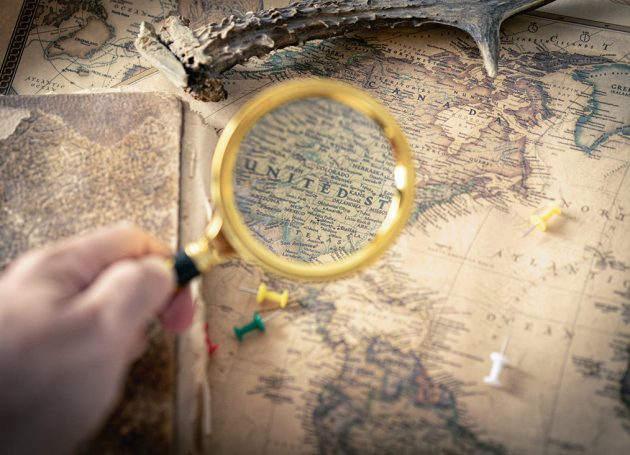