(CelebrityAccess) — Just days after the launch of former boy band B2k’s Millenium tour,  founding member Raz B announced he was dropping out over fear for his safety.

Raz B, whose real name is DeMario Thornton is one of several people who have accused former B2K manager Chris Stokes of molesting them. In 2007, Thornton alleged that Stokes had begun to molest him before Thornton turned 13. Thornton accused Stokes of sexual misconduct with other members of B2K as well. He also accused Stokes of financial mismanagement.

Thornton’s brother Ricardo made similar allegations, claiming that Stokes forced him to take showers with other boys, but said he managed to avoid being directly molested by Stokes.

Not everyone backs the Thornton brothers allegations. Omarion in 2007 refuted the claims against Stokes, and issued a statement to MTV, saying: “I want to be on the record as saying that ‘Raz-B’ Thornton and Ricardo Thornton are lying regarding Chris Stokes. Chris is a father figure to myself and many others in the industry. He’s guided us, helped raised us and is nothing more than an inspiration and someone I respect and look up to. I have spent countless hours, days, weeks and months with the man — since the age of 5 — and have never once seen him behave inappropriately.”

Stokes, who has since moved into the world of movie production, first formed and then managed B2k in 1998. He also managed the boy band Immature and singer-actor Marques Houston.

Stokes addressed the allegations against him last December, shortly after the reunion tour was announced.

“Negativity I will never play into. I never hurt any of B2K & Always had their best interest at heart including financially” he wrote on Twitter. “I forgive any negative energy or tweets! God forgives and so do I. They back! Now stay positive in 2019 & Go get your tix! Enjoy them being back! Much love!” 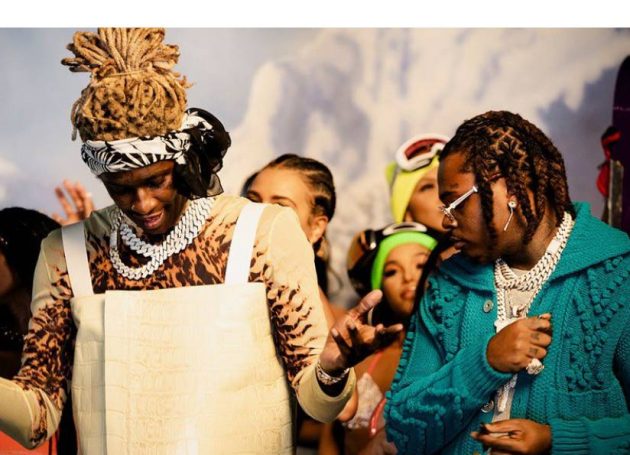