(CelebrityAccess) – Iowa’s “beloved” hometown band, Slipknot has announced The Knotfest Roadshow for 2022 featuring In This Moment, Jinjer, Cypress Hill and Ho99o9. This iteration of their famous show will be broken into two legs. Leg 1 will feature special guests In This Moment and Jinjer. The second leg will feature Cypress Hill and Ho99o9. The tour, produced by Live Nation will kick off in Fargo on March 16 with seventeen cities on the ticket. The second leg begins May 18 in University Park and ends June 18 in Chula Vista.

The new tour announcement comes on the heels of an emotional, albeit successful year for the masked band. Contentious lead singer, Corey Taylor announced they will drop a new album later this year titled “SK Album”. It will be the band’s first full-length album since 2019’s, “We Are Not Your Kind”. Before the end of 2021, Slipknot dropped a single from the new album titled “The Chapeltown Rag”. Their Knotfest Roadshow 2021 tour sold out most amphitheaters, Knotfest Iowa was record-breaking with lots of nakedness and bonfire mosh pits and they headlined their biggest show to date, Knotfest Los Angeles at Banc of California stadium. Even with COVID-19 always lurking around the corner, they managed to headline Riot Fest, Rocklahoma and Inkcarceration, among others.

With all that success, the band also suffered the loss of their co-founder, songwriter, and long-time drummer, Joey Jordison. Jordison left the band in 2013 and passed away in 2021 due to an illness. Taylor, in an interview with Blabbermouth had this to say, “It’s been tough, man. Our first concern was obviously his family, so we reached out immediately to make sure that they were okay, to let them know if they needed anything from us, they could absolutely ask. It’s a damn tragedy. He was way too young, and he was way too talented to lose him like this.” Jay Weinberg, son of renowned drummer, Max Weinberg took over drumming duties for the band in 2014.

Tickets go on sale to the public on January 21 via Live Nation. 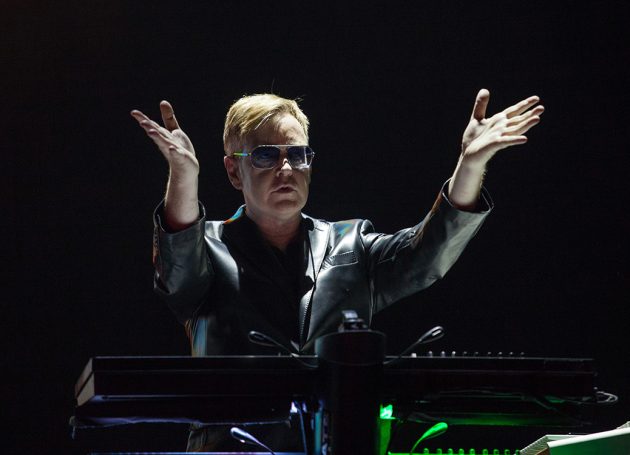