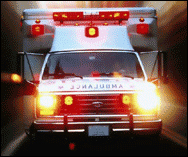 CHARLOTTE, NC (CelebrityAccess MediaWire) — A lack of food and water are to blame as more than 20 fans passed out from dehydration at a day-long concert at a Merchandise Mart in Charlotte, North Caroline.

Medical teams said fans were unprepared for the hot atmosphere at the all-day event. Five emergency vehicles were called in to handle the situation.

Concert promoters told News 14 Charlotte that after their first year in the venue, they will probably have a long list of things to do better next time. In previous years, the event has been held at the Convention Center, but the demand for tickets prompted promoters to move the festival to a larger location. –by CelebrityAccess Staff Writers