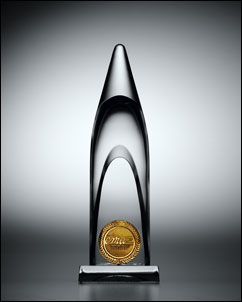 Several hours after announcing that the 2005 CMA Awards will be held in Madison Square Garden in New York for one year, the 2006 CMA Awards the 40th anniversary of the gala event, were awarded to Nashville, TN.

"Nashville looks forward to working with the CMA to make the 40th anniversary awards in 2006 the best one ever," said Nashville Mayor Bill Purcell said. "As we have seen with the new CMA Music Festival, we've all worked together to make one of our signature events even better since it moved into the heart of the Music City. We look forward to that partnership making greater things happen for both Nashville and the country music industry in the years ahead."

A breakthrough partnership has been formed between CMA, the country music industry, and the City of Nashville and its business community to utilize music and the resources of the music industry to expand the city's brand as "Music City." And the CMA Awards layers into the Nashville Convention & Visitors Bureau's strategic goals of raising the visibility and positive image of Nashville as an important visitor destination.

"Our relationship with the city and business community has been growing every year since we moved CMA Music Festival to Downtown Nashville in 2001," said Ed Benson, CMA executive director. "The interest and support we have received has been one of the most rewarding aspects of the process. The potential is enormous and we value the relationships we are building as we look ahead to a long, and mutually beneficial partnership."

"Music, business and tourism go hand in hand in our city, and the 40th Anniversary of the CMA Awards will be another example of what makes Nashville unique, as these groups come together to showcase our great city," said Marty Dickens, chair of the board of directors, Nashville Convention & Visitors Bureau and president, BellSouth Tennessee. "We are fortunate to have some of the best musicians, songwriters and singers in the world who choose our community to create their music, and we are honored to have the opportunity through events like the CMA Awards to support and showcase their work."

The vision for the future of the CMA Awards in Nashville includes hosting the gala's 40th Anniversary in the Gaylord Entertainment Center in 2006 with community events and greater business support and extending that relationship over the next several years. A venue for the Awards has not been committed past 2006.

"What a terrific opportunity to come back from New York in 2005 and take over the Gaylord Entertainment Center in 2006 with the biggest homecoming celebration this city has ever seen," said Kix Brooks, president of the CMA Board of Directors, and host of the 2004 CMA Awards. "Our mission has been to involve Nashville not just in the move to New York in 2005, but to incorporate the city in a significant way into the key initiatives of this Association – CMA Music Festival and the CMA Awards.

"Nashville is the home of Country Music and the traditional home of CMA Awards and it always will be. We have some business to take care of in 2005, but we are coming home in 2006." –Bob Grossweiner and Jane Cohen