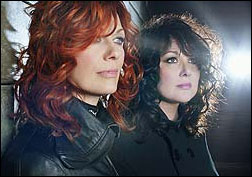 Top honors for this year included:

Song of the Year: "Bleeding Love," written by Jesse McCartney and Ryan Tedder

Other winners included Ann & Nancy Wilson of HEart who took home the ASCAP Founders Award; Wyclef Jean who received the ASCAP Creative Voice Award; and Santigold who received ASCAP's Vanguard Award. Awards were also presented to the songwriters and publishers of ASCAP's most performed pop songs of 2008.

ASCAP President and Chairman Paul Williams and ASCAP CEO John A. LoFrumento presented Norwegian songwriters/producers Mikkel Eriksen and Tor Hermansen with ASCAP's Songwriter of the Year award. Collectively known as Stargate, the duo was responsible for penning an impressive six of the most performed songs of the past year: Chris Brown's "With You," Ne-Yo's "Closer" and "Miss Independent," Rihanna's "Don't Stop the Music" and "Take a Bow," and Jordin Sparks's "Tattoo." This is the second time that Stargate has been named Songwriters of the Year — the hit-making duo picked up the coveted prize at the 2007 ASCAP Awards in London after taking the charts by storm with a string of hits, including the Billboard #1 "So Sick" by Ne-Yo.

The Song of the Year award went to Jesse McCartney and Ryan Tedder for the Grammy-nominated song "Bleeding Love," performed by British singer Leona Lewis. McCartney and Tedder were on hand to accept their awards, and Tedder along with OneRepublic bandmates also collected Pop Awards for "Apologize" and "Stop and Stare."

The awards celebration featured several performances throughout the evening, including those by honorees Ann & Nancy Wilson and Wyclef Jean. New ASCAP member Natasha Bedingfield performed two songs, including "Pocketful of Sunshine" which earned her co-writer John Shanks a Pop Award. Jesse McCartney sang his hit "Leavin'," which was penned by Corron Cole, Terius "The Dream" Nash and Christopher "Tricky" Stewart. OneRepublic performed their Pop Award-winning hits "Apologize" and "Stop and Stare;" and Jason Reeves and Mikal Blue were on stage to sing their award-winner, "Realize" (a hit for Colbie Caillat) with songwriter and "American Idol" judge Kara DioGuardi, who signed Reeves to Warner Bros. Records. – CelebrityAccess Staff Writers