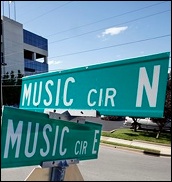 New offices will be located on historic Music Row in Nashville, Tennessee.

“Over the years John Ruffino, Russell Doussan, Jim Green, Jay Wilson, Jill Wheeler and I have developed many meaningful relationships with artists, managers and agents based in Nashville,” Weinberger said according to the press release.  “In order to maximize the services we provide to our clients, now seems the right time to have a more prominent presence in Nashville."

“The people we work with in Nashville have become such an important part of our business opening an office there makes great sense to us,” said Russell Doussan, president of BDE.

The collaboration will strive towards, "expanding our promotional footprint,” said Jim Green.

It was announced last month by Dale Morris and Marc Oswald, co-owners of Fontanel, the hiring of RME as the promoter/operator of concerts and events at The Woods at Fontanel.

“Having the resources and contacts Russell and Jim have developed…will work to help The Woods at Fontanel achieve it’s goals,” said John Ruffino, a partner at RME.

Currently RME is consulting with the City of Tuscaloosa, Alabama, on a 7,400 capacity Amphitheater scheduled to open in the spring of 2011.

Beyond booking, the group has a sponsorship division and more recently worked with clients including Coca-Cola, Anheuser-Busch, Miller-Coors, The National Guard, Merrell and Abita Beer. –by CelebrityAccess Staff Writers