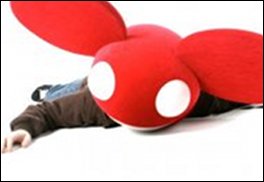 WASHINGTON, DC (CelebrityAccess MediaWire) — While performing onstage at the 9:30 Club in Washington, D.C. on Friday, electronic music performer Deadmau5 collapsed, suffering from exhaustion. Medics at the venue took him directly to hospital where he is now under supervision.

Deadmau5 has announced that on the "strict advice of the doctors," he has cancelled next nine shows of his summer tour schedule to allow for his recovery according to the press release.

Deadmau5 is planning to reschedule shows in these cities once he has recovered.