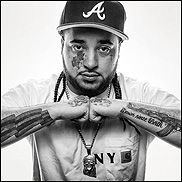 NEW YORK (CelebrityAccess) — A$AP Yams, also known as Steven Rodriguez of the hip-hop collective A$AP Mob, has died. He was 27 at the time of his passing.

News Rodriguez death came via group member A$AP Bari's Twitter on Sunday morning but details of his death were not disclosed.

His label, Polo Grounds Music, also posted about Rodriquez passing, writing on the A$AP Mob's Facebook page: "We are deeply saddened by the loss of our friend A$AP Yams. A true visionary, Yams was a driving force in A$AP Mob. Our condolences go out to his family. He will be truly missed."

Rodriguez was a native of Harlem, New York and a founding member of the hip-hop group, from whence he derived his stage name. Rodriguez was also known for his encyclopedic knowledge of hip-hop music and his curation of the now
defunct Tumblr page, which helped to propel the careers of the A$AP collective.

While a cause of death was not announced, Rodriguez was known for a history of drug use, telling the New York Times in an interview about almost choking to death in his sleep while intoxicated on Xanax and codeine cough syrup.

Rodriquez's final tweet on Jan 17th, the day before he died was “BODEINE BRAZY,” which may be a reference to codeine.- Staff Writers