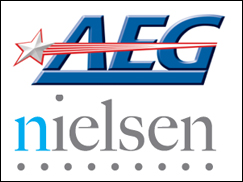 LOS ANGELES (CelebrityAccess MediaWire) — AEG Live and the Neilsen company, owner of Billboard magazine, have formed a long-term alliance to create live events and television award shows together, including music and entertainment productions originating in the United States, the UK and Germany, and provide global broadcast rights to AEG for events produced in those countries.

The deal gives AEG the exclusive right to produce Billboard-branded TV award shows and live music and entertainment events, including the expansion of existing events, such as The Billboard Music Awards and The Billboard Latin Music Awards, as well as the launch of tours, concerts, festivals and new television award shows.

As part of the agreement, the companies anticipate moving the Billboard Touring Conference to L.A. Live, the 4-million square foot, $2.5 billion downtown Los Angeles sports and entertainment district being developed by AEG adjacent to Staples Center and the Los Angeles Convention Center. Other venues owned and operated by AEG which potentially could host current and ‘to-be-developed’ programming include Staples Center, Nokia Theatre Times Square, The Colosseum at Caesars Palace, The Joint at the Hard Rock Hotel in Las Vegas and the soon to be completed Nokia Theatre and Club Nokia (both at L.A. Live) as well as London’s O2 Arena and Club Indigo.

“It is a privilege to create this alliance with a brand and an organization so respected in the entertainment and music business,” said Timothy J. Leiweke, president & CEO, AEG. “With the resources, talent and experience both of our companies have committed, the events and programming on the horizon will certainly enhance the existing properties while creating groundbreaking new endeavors for an even wider variety of consumers.”

“Our alliance marries AEG’s leadership and innovation in live entertainment and music to Billboard’s unmatched brand strength and credibility with both consumers and the industry,” said John Kilcullen, publisher of Billboard and senior vice president of the Film and Performing Arts and Music and Literary Groups for Nielsen Business Media. “Propelled by our combined creativity, AEG and Nielsen will provide new ways for consumers and the industry to experience the music and performances they love. We are thrilled to be working with AEG and look forward to a long and productive relationship.”

AEG will handle all sales, promotional and merchandising opportunities surrounding Billboard television awards programming and live events, including reaching television distribution agreements. The companies plan to create content for digital platforms, such as broadband and mobile, to support and expand the audience experience of each event and program.

“Having the ability to form this alliance to further grow and develop an incredibly successful brand, especially in broadcast and new media platforms, is certainly a rare opportunity,” said Randy Phillips, president & CEO, AEG LIVE. “Billboard is the gold, platinum, diamond and crystal standard for both the music industry and the music consumer. AEG LIVE is a quality over quantity company and the fit between these two organizations is seamless. Our alliance crosses our live touring, sponsorship, content creation and facilities divisions to create unparalleled live and broadcast events. To say we are thrilled to announce this new alliance is an understatement.”

“It’s a perfect fit: AEG is one of the most innovative and successful global leaders in live entertainment and sports and Billboard is the world’s premiere music brand. I expect this to be a great relationship,” said Tamara Conniff, executive editor and associate publisher of Billboard. — Jane Cohen and Bob Grossweiner