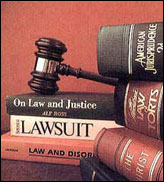 WEST PALM BEACH, FL (CelebrityAccess MediaWire) — According to the South Florida Sun-Sentinel a West Palm Beach man sued veteran rockers David Crosby, Stephen Stills, Graham Nash and Neil Young, along with Live Nation, the company that manages the Sound Advice Amphitheater, on Wednesday for injuries he says he incurred after he took the stage during a CSNY concert Aug. 8.

Donald Remensnyder, 56, says in the lawsuit that he is a Vietnam War veteran who has occasional flashbacks. The theme of the concert was peace and ending the war in Iraq, and "moved by the theme and spirit and drawing on his Vietnam experience," Remensnyder walked on stage, took a microphone and declared, "End the war!" according to his lawsuit. He says he was then dragged backstage, thrown through a door, kicked and beaten and taken by an ambulance to a hospital. Sound Advice personnel could not be reached for comment.

Donald Remensnyder of West Palm Beach also sued four "John Does," security personnel he says "savagely" beat him and broke his hip during the Aug. 8 concert west of the city.

Representatives with the band and Live Nation, which the suit states manages the Sound Advice Amphitheatre, could not be reached for comment late Wednesday.

"It seemed like the thing to do at the time," Remensnyder said when reached at home Wednesday. "I got up and said my piece, but evidently that wasn't the thing to do."

He said the men blindsided him from behind and broke his femur.

Remensnyder, who said he served a year in Vietnam beginning in 1969, didn't mind that the personnel wanted him to leave the stage. It was their handling of it that he alleges was improper.

"I've [protested the war] at other concerts and festivals," he said. "I didn't plan on going up there, but I did. Usually you get ejected from the theater. In this case somebody was mad or took too many steroids and blindsided me."

Doctors told the heavy equipment mechanic he would be out of work for about six months.

He seeks a jury trial and damages in excess of $15,000, the threshold necessary for the case to be heard in Circuit Court.